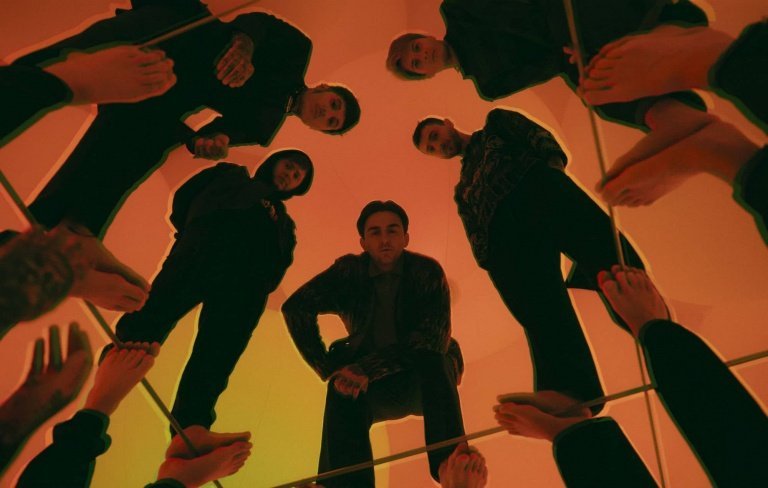 “It is my favorite song off the record. I’m so excited to get this single out, it feels like a classic Bring Me The Horizon tune but without it feeling like anything we’ve done before. I feel like ‘Teardrops’ is some of the best work we’ve ever done, musically and lyrically as a whole.”

The track sonically channels Linkin Park with its electronic elements, ambient guitar work, and a dynamic message that tackles the difficult subject of mental health — inspired by Sykes’ personal battle with depression. The song contains catchy melodies, an earworm chorus/pre-chorus, and a shattering breakdown within the bridge. Oli delivers a strong, unique vocal performance that showcases his range and falsetto. “Teardrops” also shines lyrically with resonating lines that acknowledge the chaotic mindset of feeling overwhelmed while combatting negative thoughts and hopelessness:

“And if you hear me, guess you know how it feels to be alone.”

There is one specific lyric that sums up the ceaseless mental battle, highlighting the inability to explain what you’re feeling to other people and the longing desire to be understood:

“The emptiness is heavier than you think.”

The accompanying music video corresponds with the song, and is just as powerful as the composition itself — consisting of captivating imagery that effectively conveys the message of the recurring highs and lows associated with depression. Featuring a muted color scheme, the intense visuals were executed perfectly to accurately portray mental health struggles. In the cinematic video, Oli faces his demons and the addictions that plague him daily. He exhibits — on the surface — a numb exterior; but internally, he’s immersed underwater, drowning and struggling to reach the surface. The point of view interchanges between Oli’s consciousness sinking in the gloomy water and his vulnerable physical form wrestling to conquer his weaknesses.

The opening frame shows the singer sitting in his empty bedroom with wilted rose petals spread across the floor, viewing a static-filled television set. Oli lies stagnant in a bathtub of dark water as he stares off into space, with a handgun displayed in the background on a side table. He submerges himself into the abyss. Hazy shots of the frontman depict his frenzied state of mind. Another scene cuts to a sleeping Oli as a hideous demon crawls from the end of his bed until it’s towering ominously over his body. Later, Oli is lying on the floor with various vices encircling him: alcohol, drugs, substances, and technology devices — all representing the dangerous cycle of addiction.

Oli took on the tasks of directing, editing, and starring in the clip. He fully dedicated himself to his role and worked hard to execute his vision, spending an entire day in an underwater tank to shoot those challenging scenes. “Teardrops” delivers a raw narrative that’s filled with nothing but fierce honesty and sincerity, as it openly addresses suicidal thoughts and uncontrollable emotions.

The revealing “Teardrops” video holds significant truth regarding the effects of crippling depression — that feeling of being trapped and dragged down — and sheds light upon the delicate subject matter that still faces much stigma. Overwhelmed in despair, Oli is just barely hanging on by a thread. However, there’s a glimmer of hope at the end of the video when the band comes to the rescue, pulling Oli out of the water and saving him from succumbing to the tumultuous tides. The drenched vocalist picks up his microphone and joins the band in a compelling performance as they finish playing the track, utilizing the power of music to stand defiant against the demons that threaten to overtake them.

The moral of the story:

Everyone is facing their own battle – an ongoing war that you know nothing about.

Oli Sykes stated that “Teardrops” is largely about how many people live today with technology.

“It’s definitely a lot about this year. Well, not just this year but the way things have been going. I think I have so much sympathy for kids that grow up in this age and are born into tech addiction which is just so normal for us these days. We wake up in the morning and no one really says, ‘you shouldn’t wake up first thing and the first thing you do is check your phone and look at bad news or social media.’”

This age of social media injects its poison, grasping you in its clutches. But you’re blind to the truth and live unaware that it’s draining you and morphing your mind. All these “picture perfect” visuals of who you should be, how you should dress, how your body should look, what kind of entertainment is deemed ‘acceptable’ for you to partake in, etc.

You’re placing yourself under the microscope for others to offer commentary (whether you asked for it or not), dehumanize you, and ruthlessly tear you apart. Then, you read the headlines in the news. Again, you’re faced with nothing but negative imagery and violent accounts of how the human race are treating each other.

All of these factors, including daily responsibilities and arising circumstances, take their toll. They build up slowly, piling on top of your shoulders, until the weight threatens to force you to collapse. Tack on the social pressures and the disdain you would potentially face for opening up about how you really feel. No wonder so many struggle with their mental health! “Teardrops” marks a successful attempt at addressing this distressing state of affairs.

I love Bring Me The Horizon’s evolution as a band — how these British lads steadily push the envelope and continue to fearlessly experiment with their sound. They’ve ultimately established themselves as their own genre with their versatility as musicians. Out of the slew of singles released in the last year, this track definitely resonates with me the most and has deemed itself the top contender at this moment in time. “Teardrops” truly is BMTH in their purest form. I can’t wait to see what they come up with next!

This song will be on the new EP, alongside “Parasite Eve,” “Obey” (ft YUNGBLUD), and “Ludens”. BMTH have been writing and recording music remotely, releasing a series of videos to share insight into their process as they’ve worked on the songs during the coronavirus pandemic.

Sykes confirmed that Post Human: Survival Horror is part of an anthology BMTH plan to release over the next year.

“We’ve just been winging it and recording from lockdown. Now we’re going to make four different records over the next year and they’ll all share the name POST HUMAN.”

He goes on to share that this new EP will be a protest record:

“So for the songs we are working on for this new record, we knew that they were going to be more aggressive in nature. This first record is very much a protest record. It’s trying to capture the anger, sadness, frustration, fear, paranoia and everything I think we are collectively going through right now.”

Watch the video for “Teardrops”:

01 Dear Diary
02 Parasite Eve
03 Teardrops
04 Obey (feat. YUNGBLUD)
05 Itch For The Cure (When Will We Be Free?)
06 IXI (feat. Nova Twins)
07 Kingslayer (feat. BABYMETAL)
08 Ludens
09 One Day The Only Butterflies Left Will Be In Your Chest As You March Towards Your Death (feat. Amy Lee of Evanescence)

Read more: Interview: The OBGMs are the future faces of punk rock