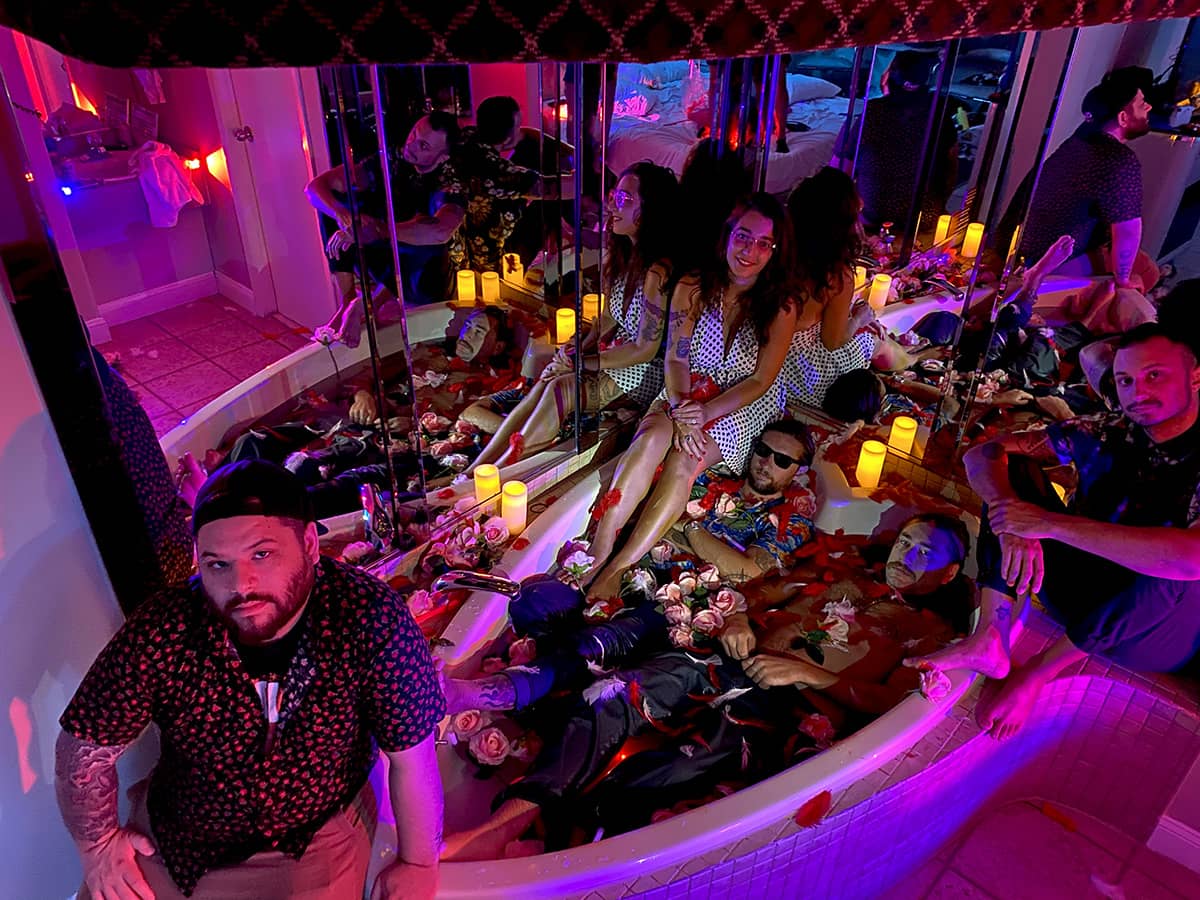 If I said there was a difference between pop punk and punk pop, would you know what I meant? “You’re So Cool,” the latest single from Family Dinner, stands firmly on the punk pop hill that I’d be comfortable to die on. It’s a different genre, an entirely different feeling for a separate group of music fans. More “accessible fuzzed out grunge rock” than “finger pointing and blaming my problems on my ex-girlfriend.”

If you’re still unsure, I’d highly advise giving the video below a handful of spins and letting it sink in. The dissonance in the last two notes of each line, dropping low and only increasing by a semi-tone between them… I can feel Nirvana in this Chili’s tonight. But despite that, it’s not 90s grunge revival. Catchy and enthusiastic in its essence, and less pretentious in its delivery, it’s perhaps an iteration of grunge for a new generation. Y’know, punk pop. Can we make it a thing? I’m making it a thing.

Family Dinner announced their EP of the same name will be out on February 12th, and the song descriptions are leaving me dying for more. With “You’re So Cool” covering a couple on the run after committing murder, and two upcoming tracks including a love song for their cats and a song “written from the perspective of Bradley Cooper’s character in The Midnight Meat Train,” I am preparing myself for absolute chaos.

New Seasons incorporate new elements into their sound on “help”