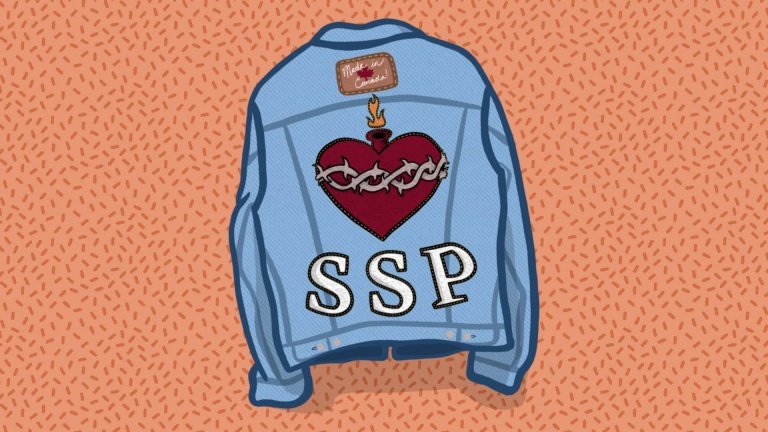 As we all start celebrating the end of this horrid year with eggnog and Spotify wrap-ups, we thought it’d be fun to treat our readers to a special playlist made up of our personal top songs of 2020. This includes our staff’s fave songs that were released this year and songs that were on our top-played lists as well.

The following tracks do a great job of summing up the year, from its darker low points to the feelings of new hope it has inspired. Enjoy!

“I HATE EVERYBODY” – Halsey

I’m sure everyone has felt this way at some point in their life, but especially this year.  Tia Wilson says that this song was just shy of being her most streamed song this year, but is still claiming it as her #1 one: “I have never related to the lyrics of a song so much before. Are me and Halsey actually the same person? Because this song is my love life wrapped up with a bow on top.”

Katie Bull praised this song, saying, “this is definitely my favourite song title of 2020, and it was a song that I danced around my room a lot this year.”

Kenzie Miller describes Lights as her hands down ride or die favourite music artist, and of this song, she said, “her EDM collab with Myth got me through quarantine. I may have been having dance parties alone in my room, but I got to vibe and I think that after collectively living through the hell-hole that has been 2020, we can all agree vibing is a necessity.”

“Death by Rock and Roll” – The Pretty Reckless

While contributor Baylee Avery had many favourite songs from 2020, this was one of the only songs she really could not stop playing at all:

“The leading single off of the Pretty Reckless’ upcoming album turned into my ultimate summer jam and it lifted up my spirits during this crazy year. Taylor’s vocals, the guitar riffs, EVERYTHING about it is absolutely remarkable. It only just left me wanting more from this new album and I am looking forward to seeing all of the other gems on this records when it comes out in February.”

Modern post-punk legends Bambara returned in January with their song “Heat Lightning,” which is Zhen Yu’s top song of the year. Zhen describes the song as: “A darkly beautiful, reverb-drenched, furiously paced song that outpaces everything in their prior discography. Frontman Reid Bateh spits out scattered, Flannery O’Connor-like imagery as the band capsizes and strikes out in a furious gothic momentum beneath him; you feel every pass of the lights on this night-soaked highway through a demented America.”

“Somebody Told Me” (cover) – Motionless in White

It’s not every day that a notable cover gets released, but the band Motionless in White’s cover of a Killers’ classic hits the mark and is one of Bri Rodriguez’s top songs of 2020. The band, who released the unexpected cover in 2020, transformed the classic track “Somebody Told Me” by the Killers into a hard rock rendition that Bri says “spins an infectious modern take and brilliantly showcases clean vocals from front man Chris Motionless.”

Representing the more optimistic of the songs on our list is Caitlyn Colquhoun’s top 2020 song “Me Forever.”

Caitlyn says: “From a beat that keeps you moving and grooving the whole time to relatable lyrics about having to deal with shit-talkers because at the end of the day, you’re gonna have to be you forever, this earworm from OSTON came out swinging and made it to the top of my songs for 2020.”

“Room With A View” – Heavy Hearts

Another new song that was released this year makes the list, with one of our editor-in-chief, Paige Williams’ top songs.

“I’m a little biased since I got to work this release, but I wouldn’t work with them if I wasn’t obsessed with their music. I’ve been waiting years for RWAV to be out in the world, and somehow having it enter the public sphere only made it that much sweeter.”

“Till Death Do Us Party” – TLB

If you’re looking for a song to get you through the rest of lockdown, this one might be for you! Caitlin Rose says of her top song that “’Till Death Do Us Party’ is just a VIBE. It’s all about that relationship that was supposed to last forever but it didn’t. And instead of crying about it, we’re just gonna fucking party.”

The song takes a twist on the classic wedding phrase “till death do us part” and turns it into an upbeat rave-in-your-bedroom anthem.

Tia Wilson says that she has to include this song because “it is SUCH A BOP.” She can never get enough of the song and mentions “when it comes up on my shuffle I always have to listen to it a few times before moving on. The groovy guitar is SO CATCHY I can’t help but bust a move. Plus, hello, vampires?!”

“Teardrops” – Bring Me The Horizon

Bri Rodriguez describes the song “Teardrops,” from the new BMTH EP released this year, Post Human: Survival Horror as “having Linkin Park vibes, featuring electronic elements, ambient guitar work, catchy melodies, and an earworm chorus.” She added that the song “shines lyrically with resonating lines that vividly narrate the battle with mental health struggles and the recurring highs and lows of depression.”

And, if you’re looking for a song to help get any of the tears and sadness (that 2020 caused) out, here is a top song that Paige says is “a song about my fave holiday and one that can also make me cry on command? Every PB song is incredible, but something about this one feels like an extra strong punch to my nervous system.

“An Evening I Will Not Forget” – Dermot Kennedy

Or, maybe you need a song that feels like a warm hug. This one, Katie Bull’s top listened to song on Spotify this year, is the first track of Dermot Kennedy’s 2019 album Without Fear, which Katie says she listened to in order about a thousand times. She stated, “this whole album doesn’t get old for me, it feels so comforting every time I listen and not to sound TOO cheesy but being the album opener, it feels like a welcome back hug every time.”

Listed by Diya Chatterjee as her top song of 2020, this beautiful song by our queen Taylor is self-explanatory and if you don’t get why it’s on our list, have you even listened to Folklore?

Catch Me If You Can – Kelsy Karter

This song, released this year, was my top played song on Spotify. Goddess rocker, Kelsy Karter’s upbeat rebel energy can’t be beat and this song of hers is not only, in my opinion, one of her best songs, but one that has motivated me through workouts and this incredibly shitty year. How I take the song’s cheeky message: it is one of overcoming whether it be surviving an escape from a toxic lover, surpassing society’s expectations of you, or simply maintaining the confidence to ride out a global pandemic.