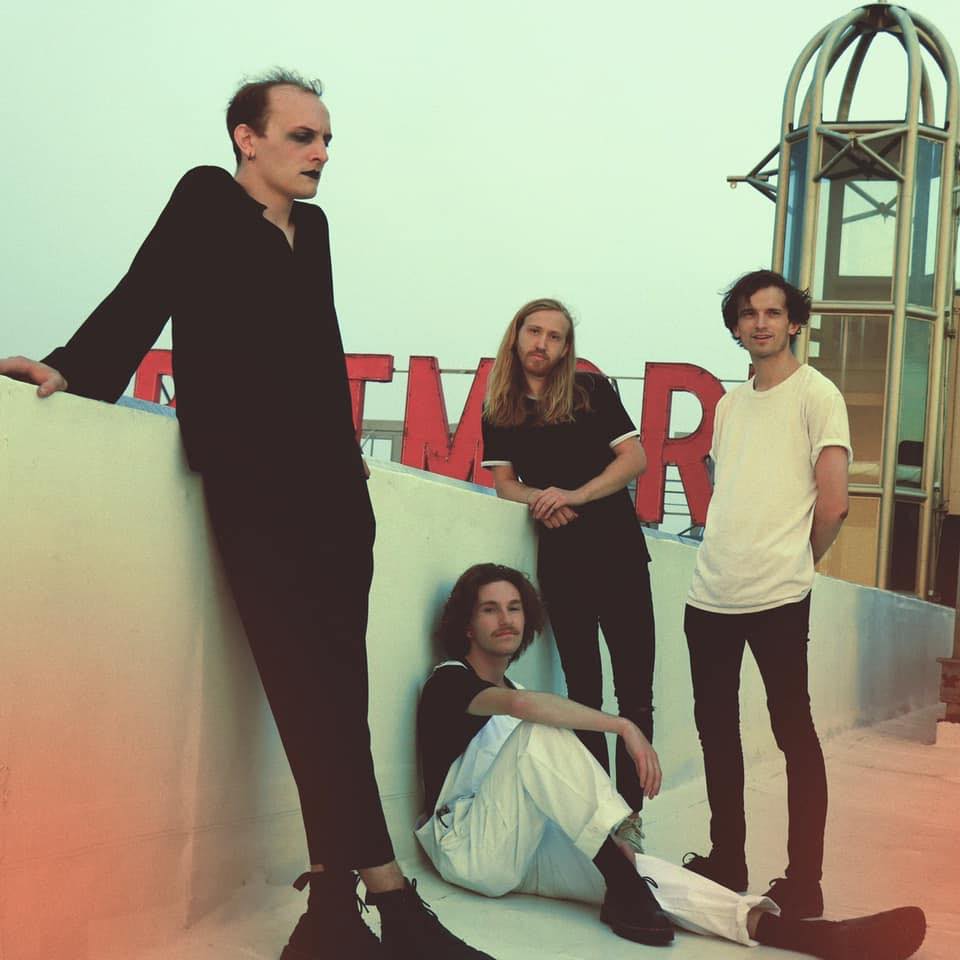 It’s February, which normally would make me think of love and chocolate. But in a year when I’m not out constantly seeing Valentine’s Day displays, all I’m thinking about is…. Mercury Retrograde. And how it’s fucking my day up CONSTANTLY. I have never run into more email send/receive issues in my entire life, never had so many FB ads get stuck in draft mode after I clicked “publish,” never seen so many SubmitHub submissions come through past our 100 maximum (we’re somehow at 500). However, despite my growing desire to take all of my devices and send them to the bottom of the Mariana trench… I’ve found 11 songs that keep me online to continue discovering more. I hope all the links in this article work, but I’m not getting my hopes up.

This edition of Freshly Squeezed can be found on our new Spotify account! Be sure to follow this playlist to get updates on songs before they’re revealed here.

Want to be in Freshly Squeezed #12? Email us.

Anyone Anyway – Would I Still be the Same?

One of the bands I was most excited to see live in 2019, which then moved to 2020 after a cancelled tour… and now moves to probably 2022. One day in the next decade, I’ll finally hear “If It Is” live and it’ll be worth the wait. Luckily, Anyone Anyway is keeping me fed in the meantime with new singles that are consistently outranking each other for the #1 spot in their catalogue. “Would I Still Be The Same?” is blistering emo rock, bolstered by a video that perfectly reflects that energy (courtesy of Dimitri Christo). If I’m in a good mood while listening to this one, I have to find a reason to stare out the window forlornly. It just fosters the feeling so well, who am I to try and work past it?

Okay, I just found sock jock and she’s only got three songs out but I’m fully obsessed. It’s a dreamy collection of DIY indie rock songs, something right between making me miss hearing songs like this live and filling that void. For once, I actually feel… satisfied with recorded music? This year has been a lot of listening to music and regretting shows I didn’t go to or silently cursing our government for not dealing with things properly so we could get back to our previous lives. Something about sock jock just makes me feel content and complete with the music I have. Which is kind of a magical thing.

I came across Camp Trash on Twitter and clicked a link in passing… and then felt the tectonic plates shift under my feet and the whole earth changed. They’re an indie rock/emo rock band by description, but without any of the pity and self-deprecation I’ve come to associate with the genre. Never thought I’d see the day where I appreciate songs not leaning all the way in on stereotypical emo, but “Bobby” is just impossibly good. It’s fun, it’s great for screaming in the car, but it’s not going to trigger an existential crisis. *chef’s kiss*

I came across this track on TikTok and started pulling this whole playlist update together because of it. Jordana has perfectly captured the story of like…. way, way too many men in our music scene. I don’t even have to know who this is written about because I know at least five men cut from the same shitty cloth in my own city. A big lyrical middle finger to the predatory members of our community while also being catchy as hell and beautifully produced? My fyp knows me way too well.

Something about the intro to this song left me waiting to hear “I don’t practice Santeria, I ain’t got no crystal ball…” but it never came. However, the moment this track takes off is even more satisfying. Velvet are such a stunning addition to the indie rock scene, listening to “Black & Blue” immediately made me wish I was drowning in mud at Reading Festival once more. I’ll always maintain that the most exciting music I find is coming out of the Commonwealth, and Glasgow’s Velvet are a shining example I’ll be using to back up my theory.

ØZWALD are still on their mission to release two full-length LPs each year, and I’m happy to report that the quality is still sky high. “Cheap Champagne” is a fun, surreal number with a twinkly piano focus that I really appreciate. I think I’d describe this song as being in a dream… and then suddenly realizing that you’re in a dream, Inception-style, and watching it all start disintegrating around you. It’s a whole trip, and you’d be making a mistake to miss it.

Playlist: Caity Krone shares the works of art that inspired Work of Art

I have no idea how to describe this track from Sleep Eater, honestly. When I finally get around to making my “end credits of a Transformers movie” playlist, this will definitel be on there with every Linkin Park single and BMTH’s “Parasite Eve.” It’s got something else to it, though. The only way I can pinpoint it is… there’s a lot of key changes or notes that I wouldn’t expect. It keeps me on the edge of my seat, waiting to see what’s going to happen next. It’s like a “choose your own adventure” book in a song, and someone else is choosing which page to flip to. I’m just along for the ride.

Sunny day music!! I know we’re right in the depths of winter, but we’re also only six weeks away from spring. This track from Rolo makes me feel like I’m starting to thaw out. It makes sense, seeing as the track was inspired by driving along the coast of the Galapagos Islands. His voice reminds me a bit of Josh Homme with a little extra polish on it. If you’re a fan of rock but want to try something slightly outside of rock/alt, “Thieves” is a good track to visit.

The Satellite Station‘s “Fame” is all about the dark sides of fame, especially the huge life sacrifices you make to get there — whether it’s people, morals, or parts of yourself that get left behind. It seems especially fitting this year when so many artists have had to take a step back without touring. Lots of time to consider what you value and how it relates to your career after things get back to “normal”. I honestly just connected the dots that I listened to this song on a loop and had my own crisis over my life trajectory… damn, the POWER this song holds. If you’re looking to really dive into yourself and figure out your game plan for the coming months/years… I have to recommend this one.

Couchsleepers – All The Worst Things

The start of Couchsleepers‘ “All The Worst Things” reminds me of one of Mumford & Sons’ rock-leaning tracks circa Wilder Mind (if you had to walk past my freshman dorm room and hear Sigh No More for 4 months straight, you know this is a compliment). It spans genres, making it a great song for groups of differing musical tastes. A little rock, a little folk, a little pinch of everything. When it gets into the guitar solo at the 2 minute mark, you’re gonna feel your heart start racing. Trust me, just go with it. The song will pull you back to centre before it’s done.

I first heard Rook Monroe a few months back and was immediately caught by how perfectly he can write a hook. “Californialand” proves that it’s not just a fluke; this is a fine tuned skill with a carefully selected crew working together to create magic. A lot of artists — like, a lot — have written about California and tried to capture its essense, but I’m not sure if anyone has ever captured it this exactly before. If you like Dominic Fike, you’re gonna want to get acquainted with Rook’s music too.