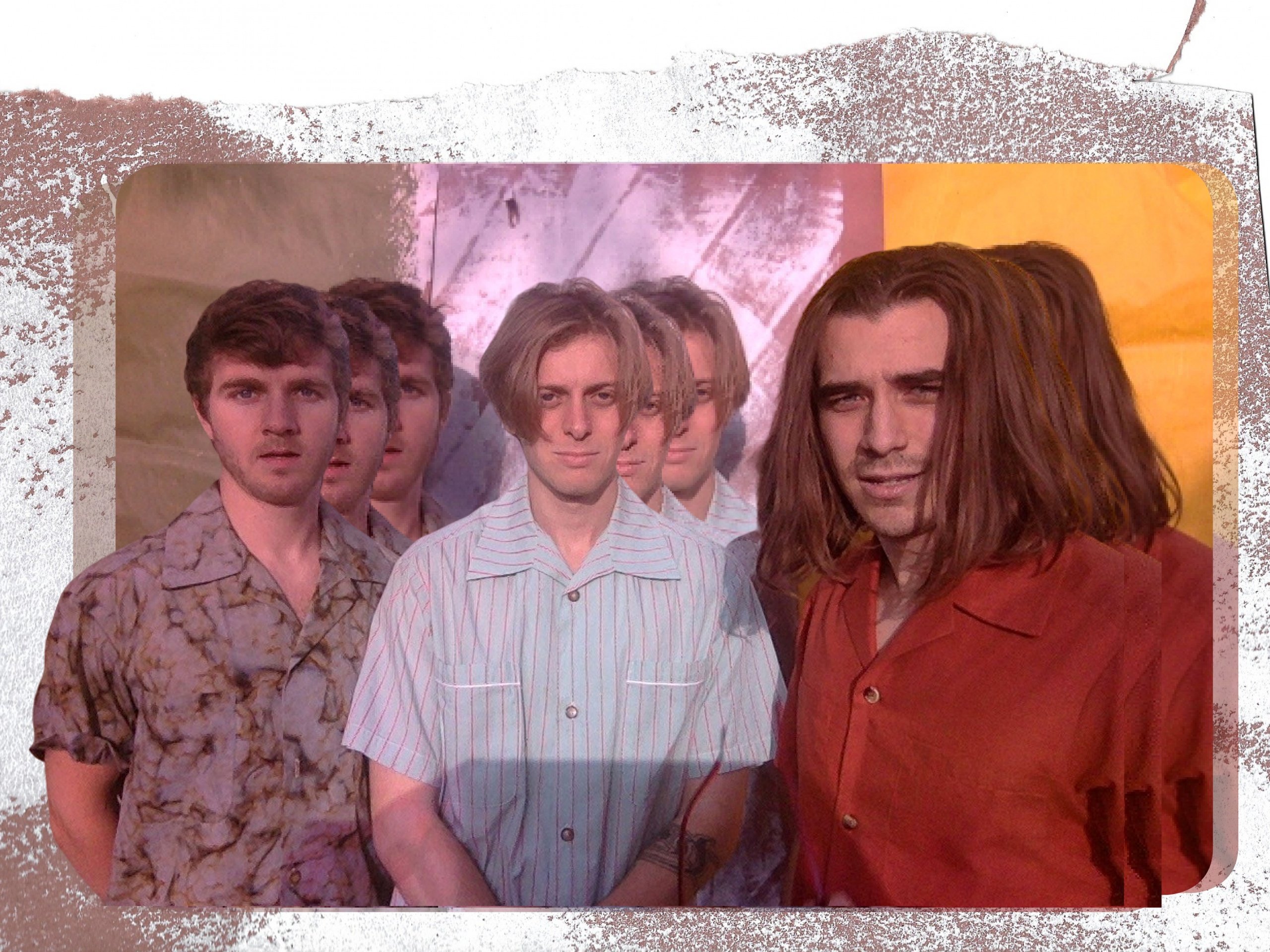 Playlist: Yester Daze meet at the crossroads of stadium rock & punk on ‘Yours To Follow’

Has anyone else’s music taste been changing the more time they spend alone? Maybe it’s just needing different tunes for different circumstances, or maybe it’s not having any outside influences — a song playing in a friend’s car or in a restaurant, seeing an opening band at a gig that you immediately connect with — but I’ve been all over the place this month. I think FS7 really reflects that, but hopefully it can add a little something to your day.

This edition of Freshly Squeezed also finds us with a brand new Spotify account just for SSP! Be sure to follow this new playlist to get updates on new songs the night before they’re revealed.

Want to be in Freshly Squeezed #8? Email us.

Moontower – Got My Way

I’ve been coming back to this one a lot. The bass line bounces around the inside of my skull all day long, and the chorus should be in Coca-Cola commercials celebrating summer and friendship and being alive. In only 3:38, Moontower is able to paint such a vivid picture just through the atmosphere in “Got My Way”. This track is probably the most upbeat part of my current daily life.

Rock n roll, baby!! If you’ve got windows, open em up and dance around in the fresh air! Heavyman deliver with their debut single, striking the perfect balance between vintage and modern rock. As someone who listens to a lot more pop punk than I sometimes realize, I guess I forgot just how powerful dynamic vocals can be. Going from singing so softly, over to falsettos, and jumping into a belt voice within one verse? Plus with those background vocals in the mix? *chefs kiss*

Couldn’t even consider writing another word before acknowledging the layered vocals in the bridge all singing different things at the same time. I feel like I’m listening to a Broadway musical performance that brings together all of the characters’ stories and they each call back to their solo songs and every synapse in my brain starts firing all at once connecting the dots. Their new EP A Night At The Pool comes out on June 5th and you should absolutely pre-save it.

This song feels so familiar, but I can’t place where I’ve heard it. But even the perceived familiarity makes Haunter feel so comforting. The band says that their sound stems directly from “their collective belief that music is akin to love and its ability to connect and heal people through shared experience” so it seems kind of fitting that “Miss Me” immediately took on that role for me. If you like thoughtful indie pop, this one’s for you.

I really liked this song when I first listened… but then the moment at 3:00 hit and I immediately fell in love with “Nightmares“. I’m always looking for bands to fill the void 2AM Club left in my life when they disappeared, and Lithic definitely helps. But they fill that void and bring something new along with them… going from such a funky groove and such heartbreaking lyrics to just…. sudden breakdown. I had no idea this is what I needed in my life but I did. I really did.

The first few notes of this song recall “Mamma Mia” by Abba, just in the pattern of the vocals for a moment, and I think it gave me a weird idea of exactly what I thought this song would sound like… based on almost no information at all. So when things started to take a confident indie rock turn at the 19 second mark, I was surprised! Again, this was based on literally nothing. But I think it made me appreciate the song a little extra for the added excitement in my afternoon. If you’d like to add some excitement to your week, Maggie’s EP Good Cry drops on Friday and you can pre-save it now!

I love Arms Akimbo, even more-so after seeing them three times on their tour with The Dangerous Summer & Locket in the fall. Every night was a slightly different set, and the amount of fun they were having on stage made me appreciate how fluid their setlist was. They were just so comfortable changing it up instead of sticking to exactly what was rehearsed. It felt like we were looking in on the band jamming in their rehearsal space, and “Ellenda” as a song has that same feeling behind it. Despite sounding technically perfect, it doesn’t feel like it was just manufactured in a studio. It feels real and alive, and it makes me feel like I’m back at one of those shows (remember shows?) again.

Ravahn (previously DUVV) released her new EP The Things We’ve Done/The Love We Need at the end of April, which consists of only two tracks. “Pieces” is the one that grabbed me — a track exploring identity and how we shrink ourselves to appease others. This hypnotic style of R&B reminds me a bit of FKA twigs. I find myself slipping away into the song until something in the production, whether a new sound or the sudden disappearance of sound altogether, snaps me back to reality. It almost feels like meditating.

Jet Jaguar – The One

You didn’t think I’d make it through a whole playlist without some poppy pop punk, did ya? I’ve been keeping an eye on Jet Jaguar since they released “Anvil” last year, but “The One” is…. the one. I love that we’ve reached a point where songs in this scene can be about an unfortunate romantic situation without absolutely annihilating the other party. I can enjoy this track without feeling guilty for singing about wanting their ex to crash their car into a ditch. And god, this song is so much fun to sing along with. I want to sing along live!! But until then, I will be performing out my window with a karaoke machine for my lucky neighbours.*

*just kidding, I can’t do that because my neighbour owns a 1940s air raid siren and I refuse to give him a reason to set it off again because last time, I thought the world was ending for real (just peppering in some backstory from my isolation experience)