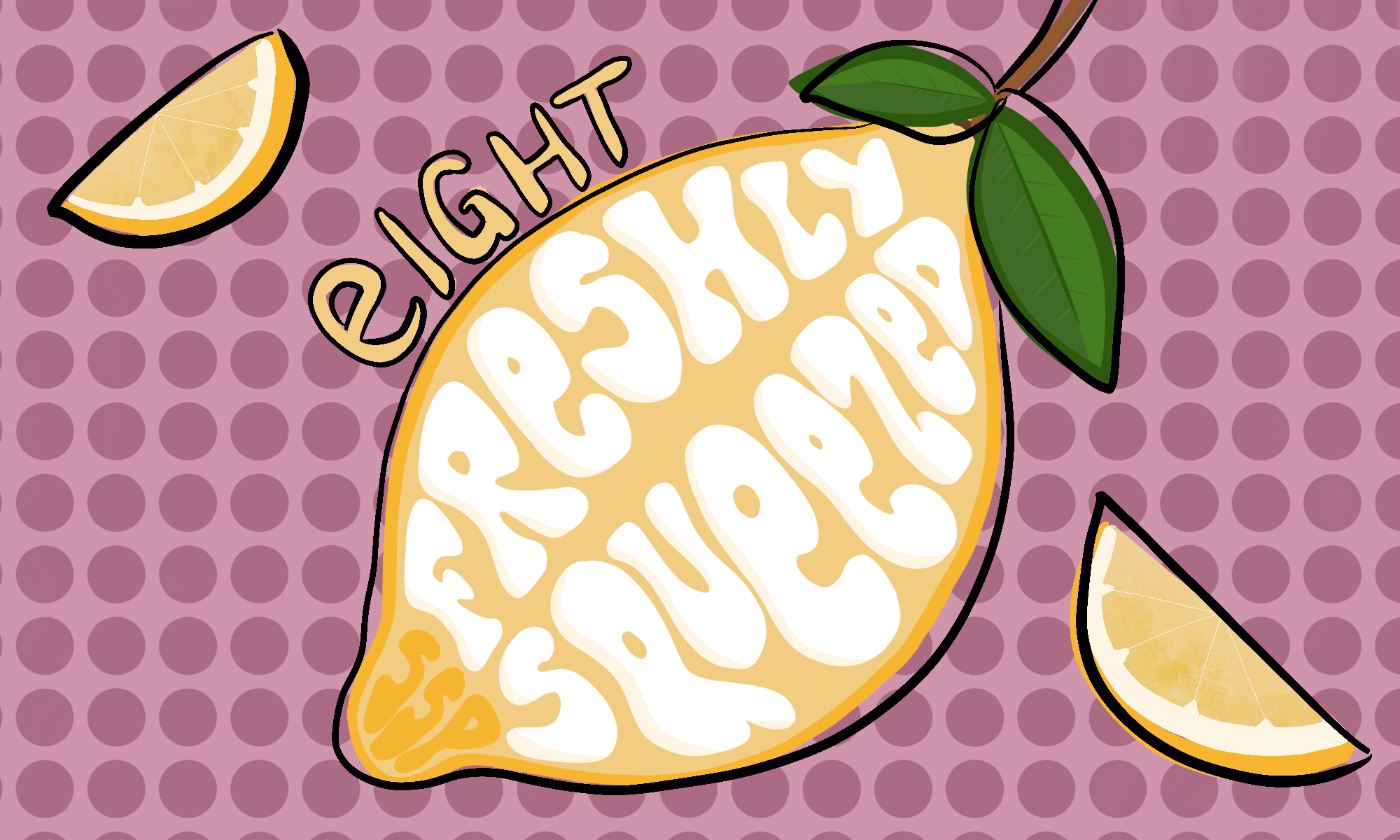 Summer is almost over and I haven’t left my house since winter. Absolutely bonkers. However, the extra time at home has helped me to sift through the emails that are flooding my inboxes. A few thousand down, a few thousand more to go! There are so many bands I want to tell you about in this edition of Freshly Squeezed, but for now… let’s start with ten. Some are brand new, some are tracks I missed in the hectic nonstop speed of pre-COVID life. Maybe some are songs I missed in the debilitating fear of mid-COVID life. In any case, they’re all fantastic regardless of when they were released.

This edition of Freshly Squeezed also finds us with a brand new Spotify account just for SSP! Be sure to follow this new playlist to get updates on new songs the night before they’re revealed.

Want to be in Freshly Squeezed #9? Email us.

Ed The Dog – Thank You Buddy

Damn, this song tells a story. Literally. I feel like I was there on the side of the road when their guitarist Charlie rolled his car on New Year’s Eve. But the frantic pace along with the high stakes storytelling makes me feel like this is all happening at lightning speed and I’m processing it about as quickly as you have to process an actual car accident. I listen to this song a lot when I need an adrenaline rush that you can’t get from sitting safely in your bedroom 24/7 for five months in a row.

Suitor released Folklore in 2019 and I’m left wondering how many people have accidentally found it while looking for Taylor Swift’s new album. And then, I wonder what the crossover is like between these fanbases? Suitor is a midtempo contemporary rock band that would have absolutely been playing one of the cool Warped Tour stages this summer if the festival still existed.

Fun fact: Nathan Hardy, Microwave’s frontman, helped produce this album… and those with a keen eye may recognize Suitor’s guitarist Cameron as the man behind the camera on most of their tours.

That high note in the pre-chorus??? Sends me to Mars, like I leave my whole body and watch Sizzy sing from some unexplored part of the solar system. The acoustic version above is especially special, just because I’m partial to anything that feels like live music right now. But the full band version is equally as incredible (you can hear it on the playlist!)

Some songs hook you in with a specific moment or element. “The Feeling” is just all around an exceptional track. There are so many twists and turns through the verses and choruses, it keeps you intrigued and bopping your head at every turn. And then you get to the moment at 2:35 and it feels like… how do I describe it? It’s like the whole song was happening on a beach and then that hook dove underwater. It feels like being suspended in the ocean while the light beams shine through the surface onto you. Magical.

I mean, I think we could argue we’re all having a sad girl summer. However, this song should always be kept on file for a rough breakup (whether yours or a friend’s). Sometimes you need the song that talks about being free and independent and not needing a romantic partner. But sometimes before you get there, you need the song about how to let go. This song is for you.

Angst!! My most common emotion when seeing people hanging out in groups and acting like they’re the one group on earth that can do it safely!! Atticus Finch feels like a mix of The Wonder Years and… someone else. I’m working it out, and I’ll let you know when my revelation happens. It’s classic pop punk with the exact right amount of angst. I’m 28 now, there are some songs where I’m like “okay, calm down a bit” but this band has mastered the balance. But it’s meant to be screamed back in the face of the band while crowd surfing, and I hope that we’ll be doing that again soon.

Icona Pop – Feels In My Body

Icona Pop released their last album in 2013 and have been solely releasing singles & EPs ever since. Honestly? Great decision. Every single song has the potential to be a smash hit, why not make the most of each of them? Caroline and Aino say that this track is “all about hitting your peak, being so full of energy that you want to burst and share it with everyone around you.” That’s absolutely how I feel while listening to this.

Movements – Don’t Give Up Your Ghost

I am a huge Movements fan and have been since I saw them on the Real Friends $5 tour in 2016. Seeing them become one of the more prominent bands in this scene is so satisfying. “Don’t Give Up Your Ghost” has been haunting me for weeks. Not just in my head on a loop, but the video concept and the subject matter just… constantly at the forefront. “Where’d you learn to hate yourself? I wager it was somebody else” is chilling. It’s powerful and so well done, and it leaves me QUEASY thinking about how much gold this new album is likely holding on to.

The bass line in “sugarblind” immediately conjured thoughts of Tame Impala’s “The Less I Know The Better,” but there’s no way to succinctly sum up the rest of this track. It’s so many things at once. I don’t have the words available to me. But every single thing it is fits together like the most interesting puzzle I’ve ever assembled, and the picture KiNG MALA creates is breathtaking. Don’t miss this track.

Put this on the new Tony Hawk game soundtrack PLEASE, it’s where it belongs!! The intro should be the “stage select” screen music. It’s got just a dash of nu-metal amidst the rock, and it’s like… *chef’s kiss* the perfect recipe for me. I’ve seen a lot of bands doing the ~abandoned building~ music video but this escalated to new levels immediately. The overly self-aware comments from the director had me rolling, and it gave some extra spice and humanity. When both the song and the video are this good, I feel like I’ve hit gold.