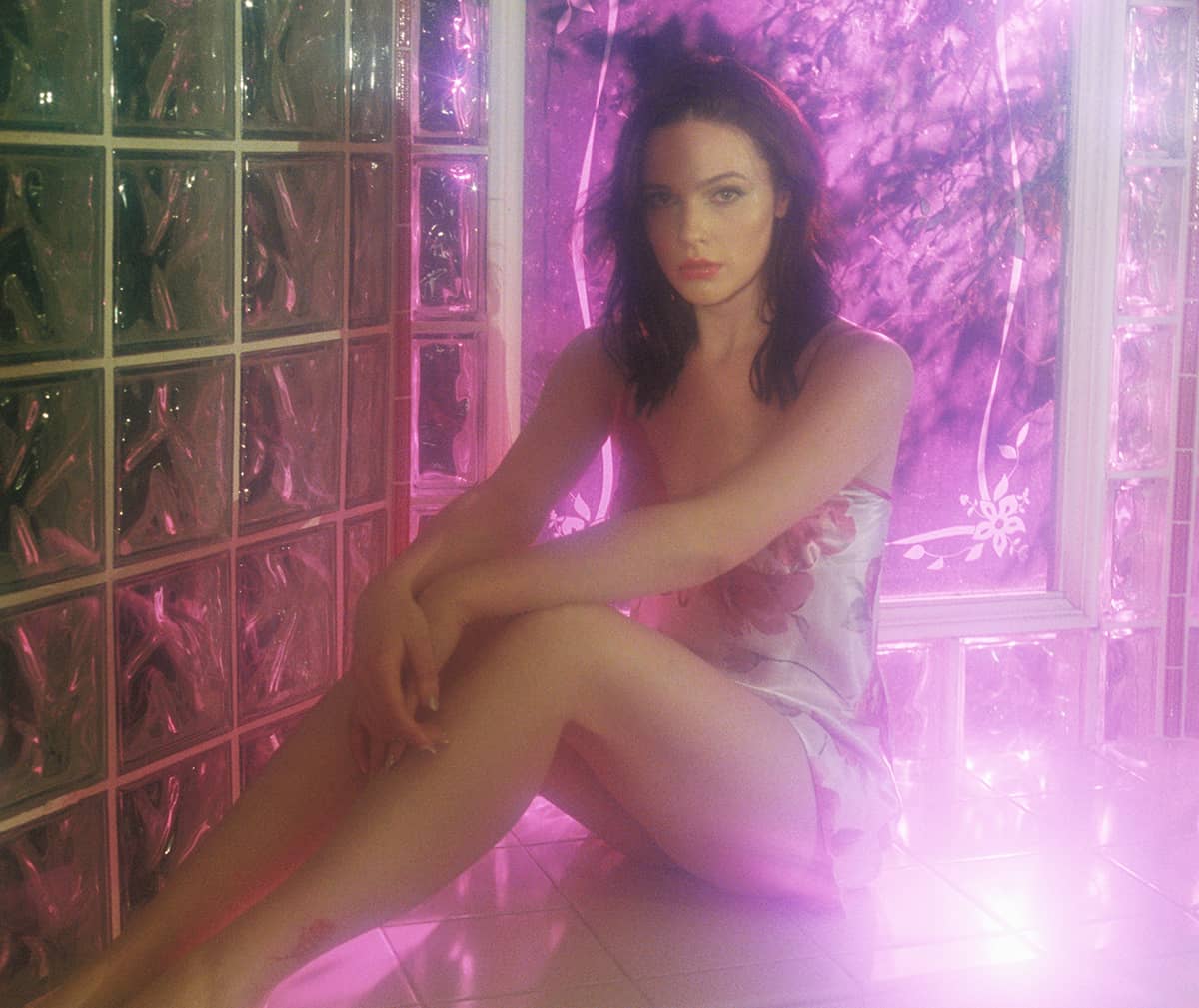 Towards the end of last year, two-time Emmy nominated The Young and the Restless star, Cait Fairbanks (under the name Ginesse) brought dramatic finesse with her new single and EP that are, well… to die for. The lead single, “LA Isn’t Somewhere to Die” propels the five-track EP that’s titled similarly — Somewhere to Die. Like the EP, the track gives us dreamy indie-pop feels that fans of artists like Lana Del Rey may appreciate.

The song compels deep and complex emotions in the listener: soft angelic vocals meeting lyrics about the pain and melancholic longing for a relationship after it’s over. In a previous interview, Fairbanks mentioned that the single was written in the aftermath of a tough breakup and is a thank you to the friends who stick around, even in the hard times: “LA can be a lonely place,” she says, “but this is a love song to the dope friends in my life who keep me from blowing my brains out, honestly.”

What Ginesse provides here though isn’t just a haunting pop ballad; a cinematic music video for the song was released too, which truly showcases Fairbanks’ variety of skill as she shines as a musician, actress, and dare I say fashion icon.

Directed by Natalie Fält, who has worked with artists like Tegan and Sara and Lila Gold, the video creates a vintage horror movie-like aesthetic. Fairbanks is the only character present, sitting and singing alone in a house and showering with her clothes on as if waiting in suspense for a dangerous stranger to emerge.

Perhaps the only thing dangerous here is the heart-wrenching feelings of attachment and nostalgia many of us experience when a relationship ends. The following lyrics in the song really resonate and illustrate this:

“I’m not one to be romantic, chronically predicting doom. But if the Valley became a sinkhole, I’d be happy to go down with you.”

We’ve all had a relationship we’d jump into a sinkhole for right? Maybe just me and Fairbanks?

Either way, the lyrics and video give us glimpses of hope too.  In the video, her outfits contrast many of the dimly shot scenes. She is seen wearing several vintage-glam styles from a pink tulle-sleeved dress to a sparkly suit jacket. We can thank these iconic looks to wardrobe styling expert, and owner of JXJ Studio, Jordan Douglas.

The lyrics as well change the tone, adding in a single word that changes the meaning of the song as you listen to it. While the title is “LA Isn’t Somewhere to Die,” indicating a lack of desire to live in or stay in the city (or mental state), the lyrics say “LA Isn’t Just Somewhere to Die.” With a single word, the song turns to a brighter possibility that despite being in a lonely place that may lead us to feel like we’re dying, it doesn’t mean it will last forever, especially if we friends to help us carry on when life gets dark.

Vealy has us crying on the dance floor with “Joanie”

From 2018, when Fairbanks launched her musical project, Ginesse, and received praise from sources like PAPER, NYLON, and Billboard, she has certainly created her own persona. Seeing her come out with songs like “LA Isn’t Somewhere to Die” after succeeding in an acting career shows us you don’t have to stay in one lane if you don’t want to.

It’s refreshing to see multi-talented women out there doing what they love and rocking it. And, as for Ginesse’s music, we certainly hope to see more where that’s coming from.