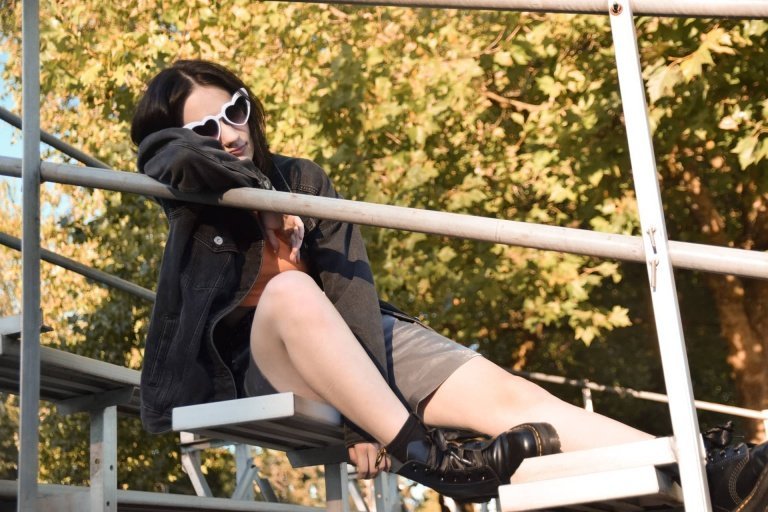 Pop singer-songwriter CANNXN just released her second single “Uncomfortable.” Contrary to the title, her music reflects a confident, seasoned musician with a stellar production team and a tuned-in A&R rep. But at age 19, Megan Cannon is writing, performing, and producing her own music (with additional production and mixing by Connor Weinstein of 137 Productions). As someone who could not even do just one thing well as a teen, never mind a handful concurrently, I needed to talk to CANNXN and learn more about her. You can read our interview and listen to “Uncomfortable” below!

As an artist who writes, performs, and produces their music, do you have one of those roles that you love doing the most? Or alternatively, is there one that you learned just to be able to create on your own?

I think the writing process will always be my favorite. I’m a rather introverted person who keeps to myself so it’s definitely my strongest form of self expression. Because I do write a lot of my own music, I just began to fall into the rhythm of producing on accident in a way. I’m a big fan of bands like The Maine, The Wrecks, and PVRIS, and I always felt it was hard to get my music to have the same energy that their music held because I was a solo singer-songwriter. I could never find the right group of people to start a band with, so I just decided to do it on my own! All that being said though, I definitely have learned to love the production process because it allows me to get my ideas out as accurately as I can.

“Uncomfortable” perfectly encapsulates how I think a lot of us are feeling right now. Do you find that writing about your anxiety helps you to process it or causes you to dwell on it?

It eases my anxiety in a way because I feel like that emotion has become productive. I don’t do too well with staying at home and not having a way to release all my nervous energy, so channeling all of that into a song makes the emotion easier to process. Whenever I write a song, it helps me release whatever I was feeling in that moment into the music instead of living in my brain.

Have you found any ways to cope with isolation or stay creative while in lockdown that are working for you?

I’ve been finding lots of new music to listen to! I’ve become a big fan of earlier pop-punk artists like Say Anything and some more modern music like the new Blackbear and Machine Gun Kelly. Listening to something new really helps refresh my ears and incorporate different elements into my own music. I’ve also been binging different shows and movies and writing songs about scenes from there as there’s not too much going on in my own life! It’s definitely been a fun way to keep creative while staying home.

Interview: Carmela Carr invites us along on her journey to Generation Clash

Since seeing you perform live is sadly off the table for a while, what are the best things we can do to support you as an artist right now?

I would genuinely like to connect with as many people as possible! I’ve been pretty active on Instagram (@cannxnmusic), and would love to see the people who enjoy my music and get to know them and what other artists they’re into. Adding my music to playlists and sharing with friends always helps to grow my audience, and I will be forever grateful!