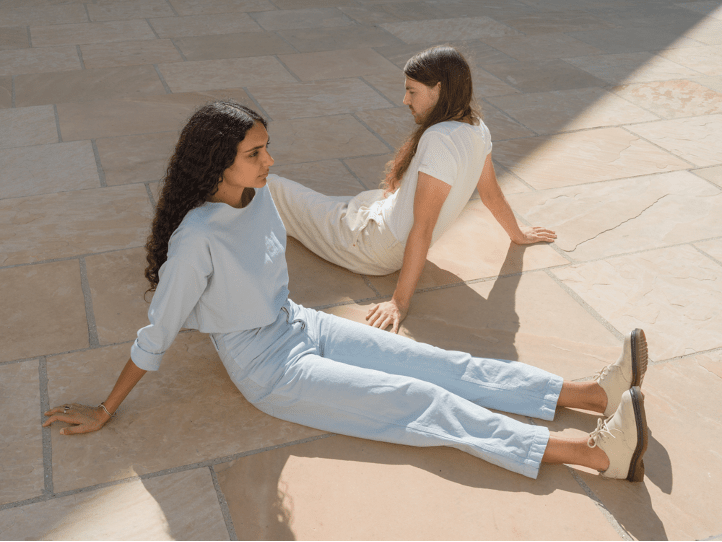 Junaco creates a peaceful limbo space with “In Between (Reprise)”

Imagine waking up on a sunny, yet peaceful, Saturday morning. There are no major responsibilities to fulfill, and light is seeping in through a window. The leaves rustle softly outside as the world wakes up slowly. The world is green and blue and quiet. That feeling is almost perfectly captured in Junaco’s single, “In Between (Reprise).”

The song is a reprise of their 2019 single of the same name, with a softer sound and a more muted background track that allows for a gossamer feel when listening to it. Although the song’s lyrics perhaps suggest a fear of losing control and having to confront uncertainty, the mood is much softer, more accepting of the unknown dangers that lie ahead.

In collaboration with James McAllister — previously known for his work with Sufjan Stevens — Junaco creates an airy tune that feels like a peaceful limbo between sleep and action. The song was met with many positive reviews, listeners finding a sense of otherworldliness in Shahana Jaffer’s voice, which is the one resounding tune in the song amidst a blurred background of calming guitar.

The start of the song lulls the listener into a calm headspace with Joey LaRosa’s soft plucking of strings, but does not jar the listener awake when Jaffer’s melodic voice makes an appearance, blending in yet simultaneously carrying the tune for the song. “In Between (Reprise)” not only creates a melody but a mood within its music, and promises much more of its ethereal sound in Junaco’s future releases.

Natalie Shay runs away from the altar in video for ‘Naked’

Read more: Natalie Shay runs away from the altar in video for ‘Naked’