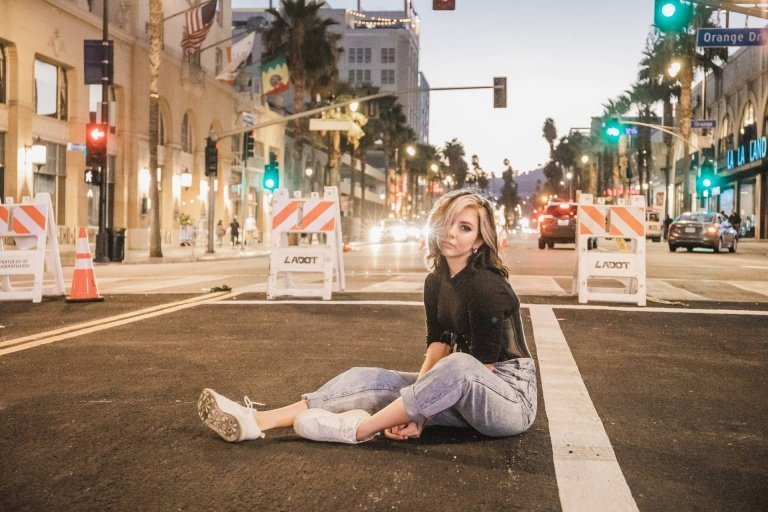 Interview: The OBGMs are the future faces of punk rock

KiNG MALA is a girl after our own hearts. Not only is she uber talented and the epitome of confidence… she’s also an example for the sensitive among us. In a world where kindness or emotions are often seen as weakness, KiNG MALA (real name Areli Castro) embraces her experience and turns it into art. The alt-pop music it’s been morphed into is captivating and deeply relatable, especially as someone in the same boat. Constantly feeling your feelings on an 11? It’s a lot.

After the release of “If I Try to Find You,” we chatted with Areli about her bad bitch energy, supporting women, and staying creative. As a bonus, her new single “Homebody” dropped yesterday so you can listen to both + read our interview below!

BONUS: We’ve also put together a Spotify playlist with KiNG MALA’s top 5 fave songs of right now. We may have thrown a couple of her songs in there too. You can follow here or scroll below to listen!

Your name quite literally translates to “king bad bitch” and that sound totally comes through in your music. Do you find it easy to embrace this energy, or is it something you have to work at?

Honestly, it took me forever to feel confident and I still struggle with it constantly. It started as a “fake it till you make it” kind of thing for me, and then eventually I wasn’t really pretending anymore and I actually felt as confident as I wanted to be. I think it’s really hard to feel secure in yourself, but with KiNG MALA I wanted my alter ego to be an ultra confident version of myself so that hopefully it would encourage other women to feel like they could be unapologetically themselves.

“If I Try To Find You” cuts deep for anyone who’s been in an unhealthy relationship. What do you hope other young women take from this track?

I just want anyone who has been through a similar situation to know that however they cope with their pain is okay. This song is a representation of me realizing how unhealthy my relationship was, but still feeling tied to this person somehow and wanting to know where they are. I think a lot of times, people feel like they should be strong and move on but that’s not how trauma works. Victims deserve to heal however they need to and not be judged for it.

I know you’ve mentioned you have very intense feelings and are embracing it. As someone in the same boat, I’ve often found it gets thrown back in your face as a character flaw, for reasons beyond me. Have you found it to help more or hurt more so far in your music career?

I feel the exact same way! For so long, I think being sensitive has been seen as a weakness, like feeling things is somehow wrong and not totally human. I personally think it is a total strength, being able to take in the world in such an intense way is so artistic. If I didn’t have the advantage of experiencing things in the way I do, I wouldn’t be able to write about it the way I do.

How are you staying creative during lockdown? Have you taken on any new hobbies or projects?

This whole situation has given me so much more time to write and so I have been focusing on that and taking my time to become a stronger songwriter and visual creator. It’s been so interesting and challenging to find ways to be a creator in this lockdown. I have loved finding ways to connect and share my music with the world despite not being able to leave my house.

Without live music right now and the industry upside down, it’s important to go that extra mile to support artists. What are the best ways that we can support you & your music?

I totally agree, now is the time to support smaller artists more than ever. I honestly think the best way is just to stream and share the music you love. Something as simple as a story share can mean a few new fans and that makes a big difference. Also buying merch and participating in live streams is another great way to support.

Interview: Pinkshift is taking over with new video for “i’m gonna tell my therapist on you”

Read more: Skyler Cocco created “The Drive”, now she lives in a fanfic