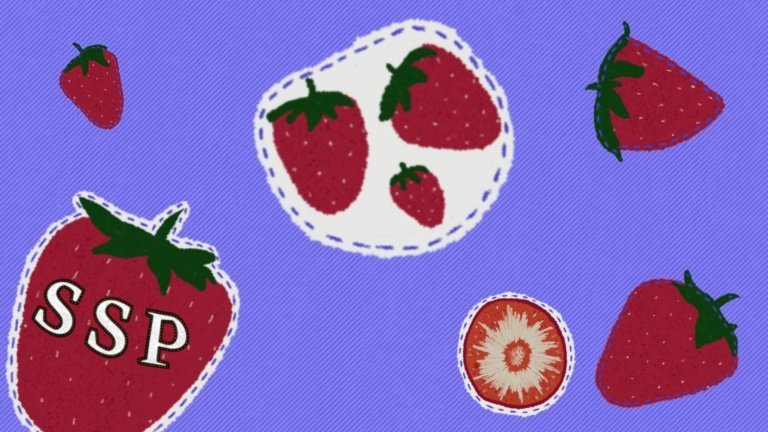 Welcome back to Locally Sourced, our playlist for exclusively the best Ontario (and Canada) has to offer. As the year winds down, I’ve become extra cognizant of how amazing the music coming out of Canada was this year. Here are another ten I’ve strung together into a genre-blind playlist full of everything that made my jaw drop lately. Have you followed the playlist yet? The last month or two has been jam packed with new releases, and you won’t want to miss any of them.

Are you a musician in Ontario? Want to be included in Locally Sourced #12? Email us.

As Peeling transitioned from a collaborative effort into the solo project of Anna Timoshenko, it found some incredibly interesting space to occupy. It feels simple but exudes the attitude of your best friend’s cool older sister who lets you borrow her CDs from bands you haven’t heard of yet. I feel like I’ve been let in on some secret by hearing “Dread” that’s automatically given me street cred for whenever we’re allowed back out at shows again.

Anna describes the track as being “a fitting anthem for 2020. It’s about being restless, uneasy and distraught in your surroundings. Spiralling into feelings of impending doom that are beyond your control.” It’s haunting and soothing all at once, and I’m obsessed with it.

Kelly McMichael easily just released one of my fave tracks of the entire year. “Montreal” has a nostalgic element that… god, it sounds like something from my childhood, something that makes me feel so comforted and safe. Is it Jann Arden? Sheryl Crow? I have literally no idea, but it’s mesmerizing. The first time I listened to it, I hit the pause at the 3 minute mark and felt a sharp pang in my chest. Like I was so hurt that the song had ended, I took it so personally! And then the song continued and the warm syrupy feeling flooded my insides again.

Mauvey just released his new Vancouver triple single collection — a single release strategy that I’m liking so far because it gives me a handful of new things every few weeks. “Pact” is my fave one from the current trio of synthwave R&B tracks. The instrumentals feel like floating underwater in the shallow end of a swimming pool, where everything is blurry but you’re still close enough to the surface to make out shapes and colours. The vocals adopt a range that goes between whispering to not wake up your SO, to forgetting they’re asleep and letting your voice raise and crack. All together, it creates and atmosphere that feels forlorn (in an eerily calm sort of way.)

I saw POESY live at The Lounge at Live Nation in Toronto, late in 2019. I’d heard of her before but hadn’t come across her music yet. I was stunned when I heard the first note leave her lungs. Her voice was so different from what I was expecting, and I’ve been enamoured with her ever since. “Diamonds” is her first release of 2020, coming in with perfect timing to ope, sneak right past ya into every year-end list where it belongs.

Imagine me feeling personally attacked before the music even started during Talk Show Host‘s video for “This Monologue” because I am…. not exercising, and am just drinking Dr Pepper and eating tacos. No matter how much time passes, every good playlist needs at least one pop punk song that isn’t about hating your town or your ex-girlfriend. I promise you, Talk Show Host is that band for you this December — maybe even forever.

I think without meaning to, I write about MONOWHALES more than any other band. But can you blame me when every single is this catchy? They’re dominating Canadian radio, streaming playlists, and my brainwaves. “BL/FF” has an element of “Meet You There” by 5SOS in the chorus, which means it also channels a bit of whatever song that reminds me of (still haven’t nailed it down). This one track has more energy in its 3:15 run time than I have in an entire day, but listening to it makes me feel like I could run down the block without needing my inhaler.

VISSIA captured the sound of feeling heartbroken perfectly on “About Moving On.” The feeling of being frozen in time and unsure of how or where to go to keep moving forward? Orchestrated beautifully, gives me chills. For something we all go through, the break-up process feels very individual and it always seems like no one else could understand. But somehow… this song does. It’s honest and forlorn, and nobody describes it better than VISSIA herself:

“I knew I wanted this music video to emphasize the dreamy, meditative vibe of the song. I wanted it to feel like floating, sort of out of body. A broken heart can take all the feeling out of you. Sometimes it’s like you’re observing your body going through the motions but you’re not really in it. The living room set in a field was [director Cassandra Paige]’s idea and I think it really helped put across that feeling of being out of place, even in the most comforting of spaces.”

As much as I love “Lullaby,” I have to admit… it would be a terrible lullaby. Can’t fall asleep if I’m involuntarily shaking my ass, and this song makes it impossible to stay still. You may not think so in the beginning — it’s definitely not an upbeat-party-atmosphere kind of dance — but things escalate in the chorus. Chloe Florence has created a track that effortlessly bounces between Hozier-esque “sitting in a church hoping for a sign” vibes, and a pounding that feels like the blood rushing in your ears after making a big decision.

Premiere: Sicayda perfect their unnerving sound on “Deeper In”

I’m so sorry to Sean Jones for not writing about this sooner, because it’s been out for months… but better late than never, I hope. The lyrical content appeals to my emo roots, but the more evolved R&B sound appeals to my desire to someday be seen as an adult by my peers. It’s impossibly smooth, it’s self-produced, and it’s a great single from an even greater EP. Don’t let yourself end 2020 without giving it a full listen from front to back.

Infinitely jealous of family bands/musical groups, how convenient is that?? Being born into a creative collective? Fionn wrote this track about loving someone so much and desperately not wanting to give them space because you’re a people pleaser who always needs things to be “good” between you and everyone. So anyway, Fionn wrote a song about ME I think. As much as I hate being read to filth through music, this song is so good that I can’t stay mad about having my mental framework put on display. We’re good.

Partner – Roller Coasters (Life Is One)

“Roller Coasters” really sent me on its own roller coaster on my first listen. Partner made a song that’s undeniably fantastic… but when everything exploded at the 1:00 mark, I felt like I just dropped off the first hill on the Behemoth at Canada’s Wonderland. Something about the rhyming scheme and delivery makes me think this belongs in a rock opera — and also that the world deserves more rock opera musicals. What an absolutely magical track. It couldn’t go anywhere besides the final track of this playlist because it just feels like the big grand finale. Cue the fireworks and confetti.