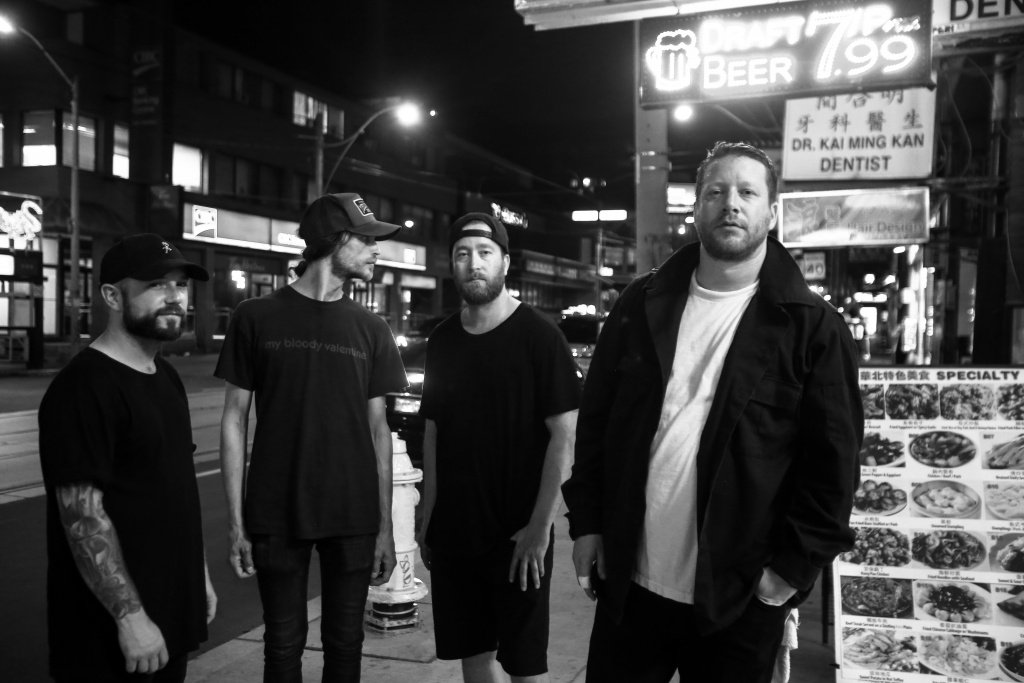 While I’ve spent a significant amount of time this week listening to the soundtracks for Ocarina Of Time and Animal Crossing mixed with thunderstorm noises, I’ve found a ton of local music I’m loving as well. Lots of rock tracks, one or two that might make you cry. ​​​​​​​Welcome back to Locally Sourced, my home base for sharing the best Ontario (and Canada) has to offer.​​​​​​​

It’s always hard to narrow it down to a handful, so check back soon for part 3!

Sights & Sounds is one of my favourite Ontario bands, and one of the only artists whose CDs I’ve purchased in the last 10 years. I first listened to S&S when I went to see Heavy Hearts open for them three years ago (side note: god tier show lineup, please do that again).​​​​​​​ I love this band for how well they blend certain aspects of hardcore music (see: the drums) with a more commercially catchy alt rock.

Currently facing a dilemma where I want to preorder their new album but I have no idea if I’m gonna be in the first 30 to get the colour pressing. So RISKY!​​​​​​​

Update: it took me all of 13 seconds to go “eh, worth the risk” and place my order lmao I am WEAK and my wallet is EMPTY!

I have been dying to write about Anna Wiebe for MONTHS. Like… I’ve been listening to “Fortune” since April. But I kept getting swamped by all the emails rushing in and thought I’d wait for the next single, and now she’s got a whole EP out and it’s so good. There’s something about that chorus on this track though… it just feels a little off (in a good way), like when you go into a gas station at 3am and you feel like you’re living between worlds. The EP has a lot of those moments and I couldn’t recommend it more.

I interviewed Nikki’s Wives not too long ago about what they were up to, and UHHHHHHH I feel personally attacked that I was not given proper warning before they dropped this track!! Absolutely my fave track they’ve released so far, part of me feels like I heard it live at Lee’s earlier this year… but part of me feels like I’m inventing that memory. Either way, this song is going to ​​​​​​​kill live.

This is Contour’s first release since 2013 after going from a four piece band to a solo project. Is post-rock my favourite genre? Maybe. I think so. Whatever this classifies as, that’s my fave sound right now. This song goes way too hard for a “hey we’re back” track, like for the love of god HOLD BACK how much harder are we gonna go on the next one?? I’m gonna pass right out.

Careful, this one will make you CRY, I’m warning you now. It’s a non-negotiable. You can read more about the story behind it (about Will and his dad and his dad’s dad) on Exclaim! because if I type it out myself, I’ll end up crying again. This song is short and sweet, and so different from the other songs Kasador has released up until now. Just makes me even more excited for their debut album ​​​​​​​Brood & Bloom, which is on the way this October 4th (!!!) Can anyone tell me if there’s a vinyl pressing on the way? I would like to give these guys my money if possible.

The intro on this one is long but don’t let that deter you. The moment when Em’s vocals come in and the whole song takes this mellow turn is just… surreal. The video really adds to the song, I highly suggest letting that be the first way you consume this track.

I listened to this track for the first time and started manically texting people asking if they’d heard of Peacemaker… because how have I not heard of Peacemaker until now?? This track is impossibly good. Whoever was hiding them from me is officially on my shit list. So much good rock music this year, my head is spinning constantly. This lives in the space between rock and post-hardcore, and it’s all I want to listen to this fall/winter.

This is described as “bedroom pop” but I would respectfully disagree. It feels much bigger than that. The exact male/female voices remind me of “9 Crimes” by Damien Rice, and then the strings section and weird otherworldly ambience just… *chef’s kiss* what a combination. I can’t fully make you understand until you hear it.

The Man Who – Down

This song reminds me of X Ambassadors’ first EP with less saxophones. And if you’ve been tuning in to this site for FAR too long, you know that was one of my all time fave EPs. And then they immediately abandoned the sound to make Jeep commercial songs! That’s fine! Now I have The Man Who to fill the void in my sad little heart. It’s some good ol’ wholesome mainstream rock, and sometimes that’s just what you need.

I have no idea how to describe this song at all, but it deserves a listen whether I’m competant at my blogging job or not. The whole track is really fun but there’s something about the chorus that’s just… better? On a whole other level? And then in the last minute it turns into a completely different song. There’s so much happening, how do I explain that to you in a way that does it justice? Apparently I don’t.

If you like Foo Fighters, Royal Blood, or QOTSA, you’re gonna love Veritah. High energy fuzzy rock n roll, made to be played in an amphitheatre. I feel like I don’t find too many bands perfecting this sound in 2019 that haven’t already been doing it for the last 20 years, so I loved finding this one.

We only really get to hear Corbin sing occasionally on Rarity tracks, but he released his own solo acoustic EP a month ago. He just announced he’s opening on the Rome Hero Foxes show I’m going to tomorrow so I’m brushing up on lyrics. It’s cool getting to hear the different sides of an artist through their separate music projects, but it’s especially cool when they’re so distinct from each other.