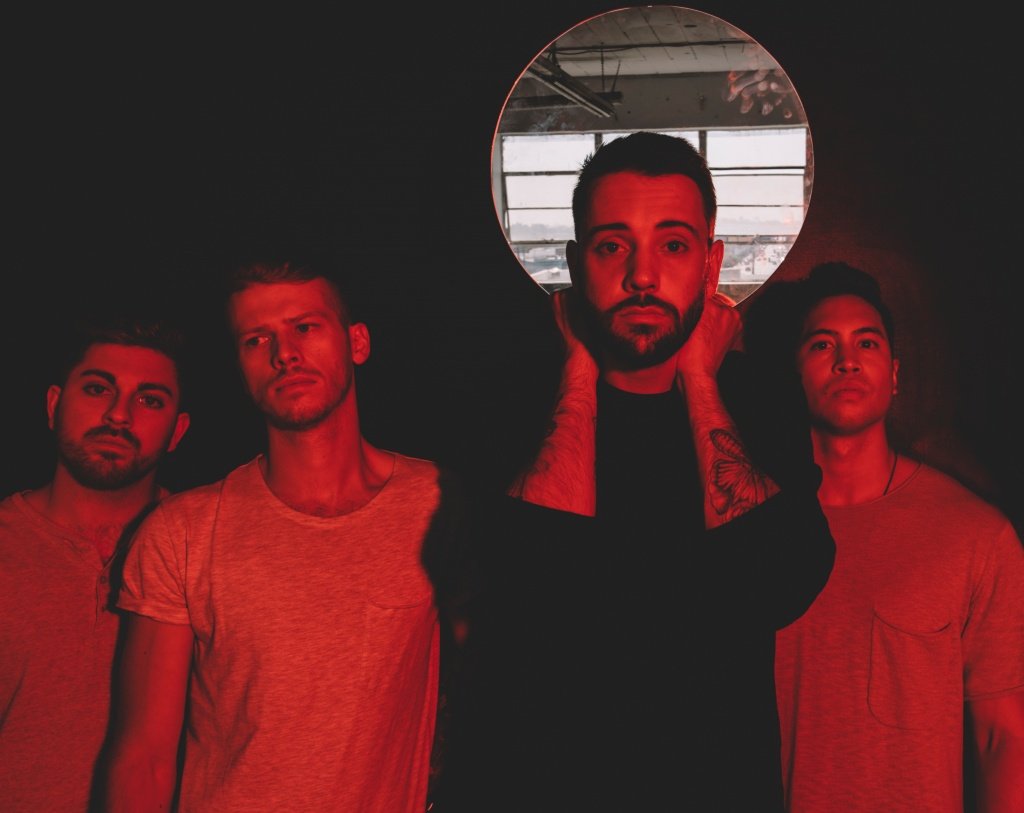 It seems like everyone has released something in the last couple weeks and all of it has been pure gold. ​​​​​​​I think this is the most trouble I’ve had trying to pick which songs to feature. Not only was there WAY too much selection, but each album had so many top contenders… I’m glad to be done the process so we can get to the fun part (you hopefully finding new bands). Welcome back to Locally Sourced, my home base for sharing the best Ontario (and Canada) has to offer.

It’s always hard to narrow it down to a handful, so check back soon for part 4!

Selfish Things released their new album ​​​​​​​Logos in September and I was hooked from the very first track, which is why I had to share it with y’all. There are some artists I’ve never gotten into because I tried listening to an album and the first few songs weren’t the right ones to pull me in, but ST absolutely nailed it. The whole album is stunning (I could write a whole dissertation on “Mind”) and worth listening to when you’ve got a minute to really focus on it. Don’t let this one be background music, really let it sink in.

I got a VERY mysterious green envelope delivered to my home, containing one single cassette. I thought “ah fuck, I do not know where to find a cassette player” and then realized there was a USB drive INSIDE the cassette… and when I plugged it into my computer, it played this new track from Cherry Pools. As much as the packaging said it was sent to me from 1999, I’m pretty sure this band is living in 3019.

I caught MONOWHALES playing a showcase at the Horseshoe Tavern during CMW this year and immediately felt so much excitement towards the music they were creating. Then I saw Sally host the band tee fashion show at Brittpaperscissors’ studio launch party last week… and I think Facebook somehow made the connection. I got served up a video for “RWLYD” yesterday and have watched it an obscene number of times in the 24 hours that have followed. I plan to continue doing this into the next 24 hours and beyond.

Side note: I’ve been missing Sweet Thing for a LOT of years now… and this reminds me so much of “Lazy Susan” which I am insanely grateful for.

Alex Bent & The Emptiness – The Ballad of Alex

This song has EVERYTHING. Perfect harmonies, emo tinged lyrics, a sick 808 beat, and it’s Canadian made. Sometimes I feel like I’m only hearing new music from within a specific bubble, but Alex Bent & The Emptiness helped aleviate that anxiety. It sounds like nothing else I’m listening to right now, in the best way possible.

I hate that everything reminds me of Animal Crossing but… the instrumentals in this remind me of the music when Kapt’n takes you on the boat out to the island (please don’t roll your eyes at this, it’s TRUE) and it gives a kind of relaxing vacation vibe to an otherwise bluesy sad song. Such a cool combo, and I guess it helps that I already just love everything Deanna does already. This is just the next addition to a perfect track record, as far as I’m concerned.

This song has a distinctly Canadian sound, and it makes me feel safe. Like a combo of Tokyo Police Club and The Glorious Sons. There was a band I used to work with named (coincidentally) Gentlemen Husbands, and I loved them SO MUCH but they released a couple songs and disappeared. This reminds me of them as well, so it’s definitely filling a void for me. I could absolutely hear this getting massive radio play on Indie88. Is there someone I can talk to in order to encourage that decision?

I genuinely can’t remember if I’ve already shared a song from this EP, or if I just listened to it enough times that I thought I did. I featured Hollow Graves last fall after their first ever gig, and I have seen them an alarming number of times since. But they keep getting better, their live show evolves so quickly, and the new music is incredible. If you haven’t gotten into them already, now is the perfect time.

nodisco. – Thoughts From Your Car

The first note I wrote down while listening to this track was “Valley but more synths and falsettos” so you can imagine my shock when I found them all following each other over on Instagram. The tight knit Ontario music scene strikes again. If I find even one more song like “Thoughts From Your Car” where I immediately fall in love with it, I’m going to have to stop telling people I hate 80s music. This bop got me so energized, I looked out the window while listening and thought “wow, I can’t wait for summer!!” before remembering that it’s mid-October.

Mike Papaloni – Under Your Sun

This isn’t just Ontario music, this is MISSISSAUGA music. This is what my city sounds like!! This is another track where I can’t think of any other songs right now that it sounds like. Is this song on its own level or have I just been living in a post-rock cave for the last six months? Maybe both. Either way, I’m very glad I found Mike Papaloni. My fave part starts at 1:17, you’ll know it the moment you hear it.