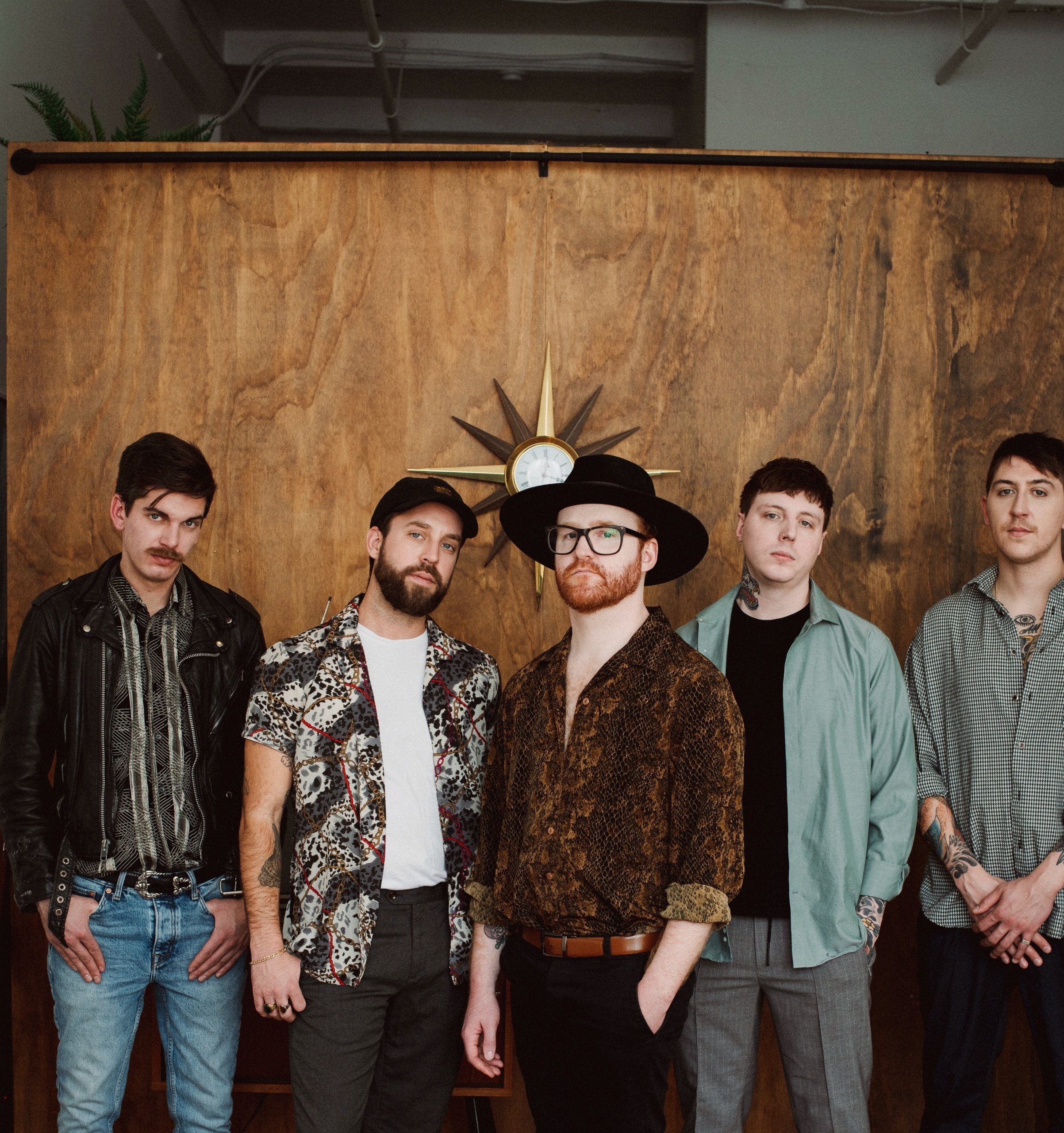 Welcome back to Locally Sourced, our playlist for exclusively the best Ontario has to offer. I can barely keep up with the constant flow of new music from bands I already, but I’ve also been realizing how hard it is to find new local bands without live music. If you want to help protect our local indie venues during this pandemic, you can click here to learn more. In the meantime, let’s find the bands we want to see when live shows finally return.

Are you a musician in Ontario? Want to be included in Locally Sourced #9? Email us.

I’ve been covering Hollow Graves since their first live show in 2018, and it’s been so cool to watch them find their own footing within shoegaze (a genre I was inspired to finally dive into because of this band). It will never not shock me that this band’s roots came from the dismantling of a hardcore band.

I recently discovered Adria’s music after we took part in the same music entrepreneurship program in Toronto, and I’m so thankful for that. “Peace Be Still” has such a calming quality that pulls me out of whatever else I’m doing and centres me in the moment I’m living in. What power, what absolute magic.

Heavy Hearts – Room With A View

Hands down the best song Heavy Hearts has ever released and easily one of my favourite songs of all time. I can’t listen to it without imagining about six different music video ideas I have for it. I keep telling people it reminds me of the theme song from Charmed, and their only response is “what is Charmed?” so… I guess I should start saying “it reminds me of The Smiths” so someone will understand me.

I think this might be my fave song that The OBGMs have ever released. It’s fun, it’s loud, it makes me feel something amidst the numbness of isolation. It’s got some “Fell In Love With A Girl” energy in the guitar line, which I’m loving too. If I don’t hear this song in a TV commercial sync by the end of the year, I’m giving up on the Canadian music industry.

Grizzly Coast – End of the Night

I’ve loved all of Grizzly Coast‘s singles so far, but this one specifically has me so excited for the release of the whole Party of One EP in two weeks. The indie folk intro made me think this track was going to be more of a ~chillout playlist~ vibe, but it quickly pivots into rock and I love it.

I don’t know if this is from a new Rarity album, a deluxe reissue of The Longest Lonesome, or just a standalone single. It’s similar enough to TLL to fit with those songs, but can also be a perfect bridge to whatever comes next. I’ve watched the video 60 times, it’s so simple and completely hypnotizing. My fave moment is before the bridge when you can hear every individual voice join in the harmonies one by one. Actually, the harmonies on this whole track are so beautiful and add something really special to it.

Baby Teeth was one of my most played albums in 2018, but I somehow missed the singles leading up to “Roman Candles”. Now I’m just glad I’m back on track in time for the release of their sophomore album, The Sun and Her Scorch at the end of the month. Put this in a teen coming-of-age film, please, I’m BEGGING you.

The Zolas – Come Back to Life

I know “Swooner” is The Zolas’ big track, but I’m personally partial to “Molotov Girls”, which probably explains why I love this new song SO much. It’s definitely more in line with the latter, with a fun sprinkling of effects that would fit in perfectly on the Gorillaz’ self-titled album. Gives me a bit of an unsettled feeling in my chest that I can’t explain, but I love the layers it adds to the experience.

Throw Kennen on a tour with Valley & nodisco. and we’ve got ourselves a dance party. This song makes me want to dance like my Animal Crossing villagers do in the town square, and a look back at past singles (like… Timothée Chalamet???) has prepared me to jazzercise my way through the rest of quarantine.

Help, PONY is exposing my feelings with new track “WebMD”

DYLYN – Call Me What You Want

Both DYLYN and this song are so badass, and the video only confirms it. Previously charting on Billboard as a dance artist, she made the decision to return to her rock roots. Based on the tracks she’s released so far, I have to agree that this was the greatest choice she could have made. I can’t wait to hear what she releases next.

Kadeema just released their new EP, Napoleon Tornapart (lmao) and this latest single is just so perfectly constructed. It feels like every time the song shifts or a new sound comes into play, it’s exactly what I was hoping would happen. Like I was pleasantly surprised every time anything happened, because I realized it was the best choice possible. I’ll be diving into the rest of this EP immediately.

I’ve been such a fan of the minute-or-less clips Gent & Taj have been posting on IG (both together & separately) for months now, so to get a full length track is like a dream. Apparently there’s a music video on the way, so I’m just… waiting. Based on what I’ve seen from them so far, I can only imagine the sort of creative spectacle in store for us.