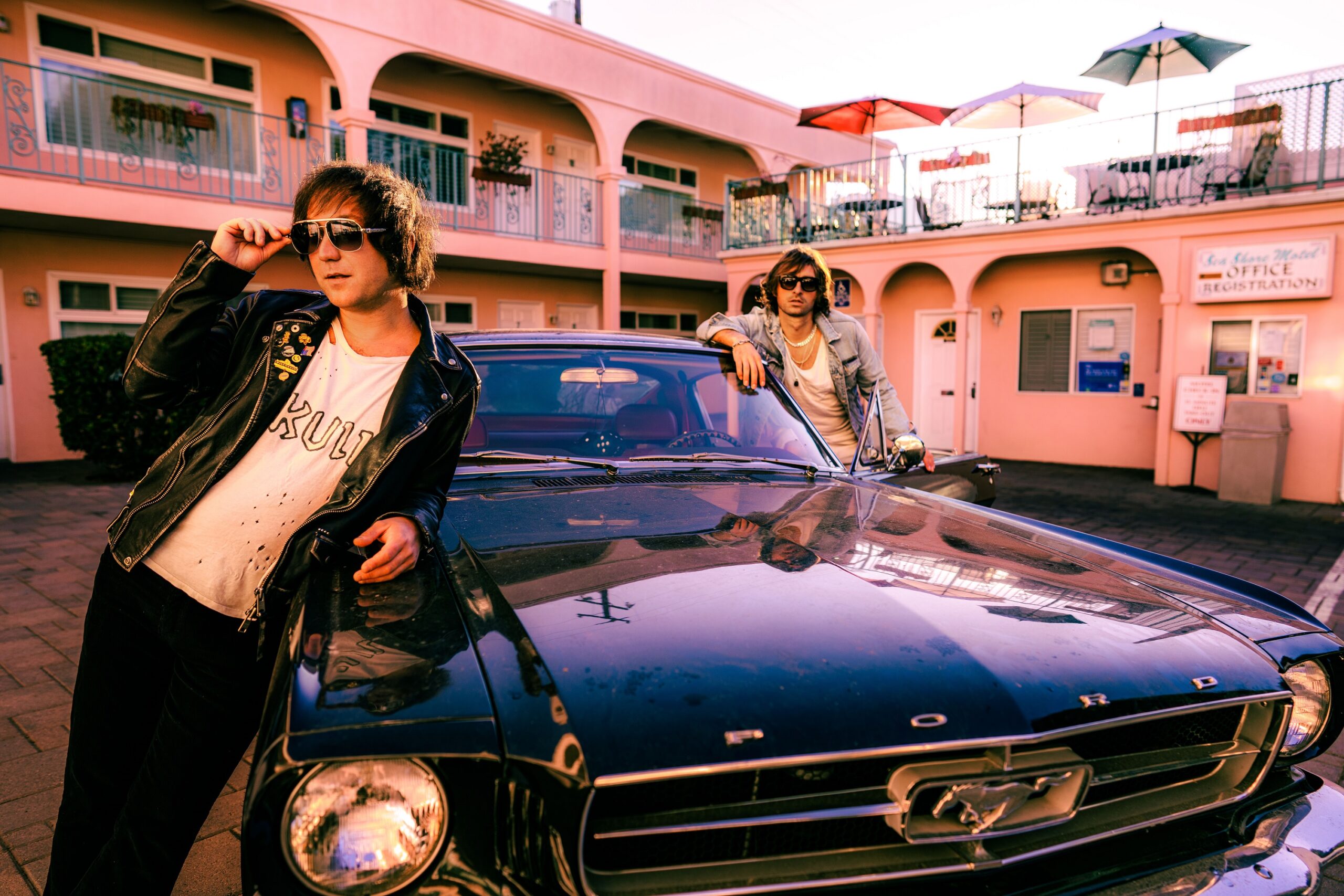 Many music fans see the words “Cheap Thrills” and think of the Sia song by the same name. While both songs refer to letting loose on a Friday night, this one provides a more reckless and hedonistic spin on the concept, taking listeners to the glory days of rock ‘n’ roll. Last February, internet-formed rock band Moon Fever debuted their first single, “Fever,” and only a year later they’ve released their sixth track, “Cheap Thrills,” this past Friday. The group — vocalist Cody Jasper, guitarist Mitch Micoley, guitarist Will Travis, bassist Gabe Maska, and drummer Greg Garcia — started over the internet, since they lived in different cities. Their mutual love of rock music and chemistry brought them together in late 2019; Micoley said in a previous interview, “When I found Cody, it immediately felt like he was the Robert Plant to my Jimmy Page.”

Jasper, then living in Austin, relocated to LA and moved into a tiny studio apartment with his new songwriting partner where they began developing the initial stages of Moon Fever. Between second and third singles “Casanova” and “Shaking Off The Evil,” Moon Fever continued gathering acclaim, even from some well-known presses like Substream Magazine, Alternative Press, and Medium.com.

“Cheap Thrills” honours the wild and fantastic past of classic rock with its catchy debauchery-filled lyrics and rebellious energy reminiscent of good old “sex, drugs, and rock ‘n’ roll.”

The track’s animated music video displays band members at the Sunset Strip, even including scenes with Hollywood landmarks like the Viper Room. Shots of a skeleton hand playing guitar and a robot that dispenses a variety of pills are featured, illustrating lyrics of the song like “I’m in love with everything that kills” and emphasizing the feeling of excitement we all get when chasing temporary highs that for the moment make us feel invincible.

Guitarist Micoley said, “’Cheap Thrills’ is a song about the kind of thrills that happen and then are gone in a flash, leaving you wanting some more. It’s open to interpretation — the thrill of a certain person you meet, a drug, your favourite libation, a comfort food — or a song.”

While this new single doesn’t quite have the same spark or spice as “Cocaine” — or someone in a puffy dinosaur costume pole dancing — it still makes us feel like we could live forever in the present moment, basking in the excitement of getting our next thrill.

Natalie Shay runs away from the altar in video for ‘Naked’

To demonstrate how fans are perceiving the band: one fan wrote in the comments section of Moon Fever’s music video for “Cocaine,” “My god, some new rock that actually sounds like ROCK AND ROLL.”  This band is showing listeners young and old that despite what rumours may say, rock ‘n’ roll isn’t dead.  And, if it ever was, bands like Moon Fever are bringing it back to life.

Moon Fever is currently finishing up a limited run opening for Buckcherry, with more live dates being announced soon, and they plan to release an EP at the end of April.