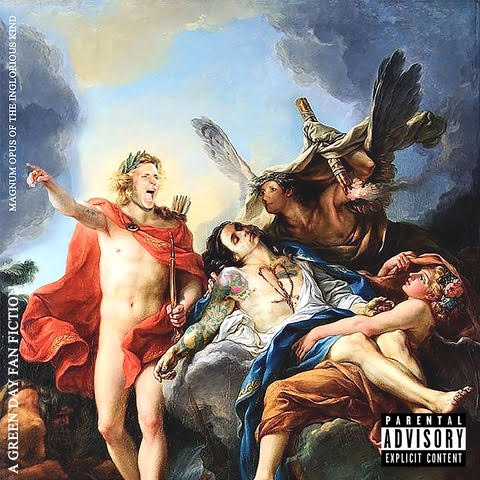 Wait… is this NOT a new Green Day album? Who’s Panicland??

And they say Canadians are polite. Winnipeg alternative-pop trio Panicland have pulled the ultimate deception and thoroughly altered my ability to trust what I read online. A track listing for Magnum Opus of the Inglorious Kind appeared online, with many speculating it was from an upcoming secret Green Day release. Panicland saw this, and just… created the album. Like it was no big deal.

My thoughts on this can be summed up in a simple chart.

Despite being expressly told that this is, in fact, not a secret second album being released by Green Day in February 2020, I still believe this is:

You can hear the first three tracks that they’ve released below.

Everything about Panicland screams “able to adapt”. Lead vocalist Braedon Horbacio used to create “fantasy EPs” at age 13, inventing different imaginary bands from name to genre to lineup… and then actually recording ~their~ music. The band started when Braedon, his brother Riley, and their friend Ian Willmer decided that the imaginary Panicland was the strongest imaginary band in the roster. They create their sound based off of a combination of elements across multiple genres. The ultimate post-genre band.

Through this debacle, I’ve discovered that the band’s own music (the stuff they make when they’re not Green Day But Stronger) is pretty spectacular as well. I mean, if it’s good enough for Pete Wentz & Spencer Smith, it’s sure as hell good enough for me too. I think there’s an element of everything I’ve ever loved from different genres all packed into these four tracks.

You can congratulate Panicland on a job well done over on Twitter & Instagram, and check out their original music on Spotify