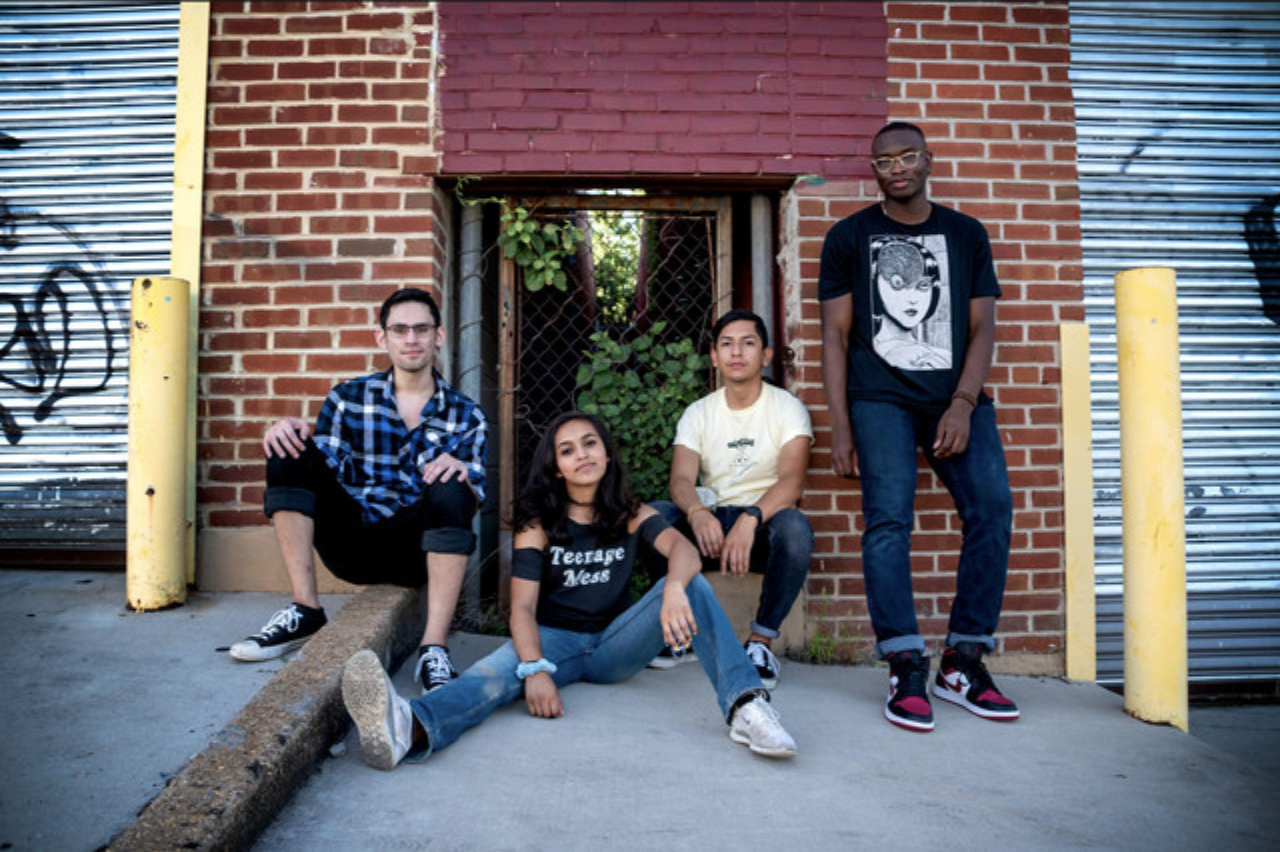 Interview: Pinkshift is taking over with new video for “i’m gonna tell my therapist on you”

I only discovered Pinkshift within the last week, but they’re already giving me the content I need to start my own stan account. The band released their quarantine video for “i’m gonna tell my therapist on you” today. It was the first time I’ve seen a band film a quarantine video where they were all quarantining from each other, but in the same location. It made for a very interesting video dynamic (as you can see below).

Along with the new video, I decided it was time to get to know Pinkshift better. I’m already in it for the long haul, so let’s get to know each other, y’know? Check out our interview below about filming in quarantine, therapists, and navigating this new music landscape as an emerging band.

First off, love the music and love the new video. What was it like filming in quarantine, and did your neighbours forgive you for drumming too loudly?

Myron: It was honestly really fun. We all met up in Baltimore, came up with our video ideas, and filmed everything on the same day. We were recording the drums at our friend Katie’s place, but we only got through the first verse before the neighbor came out of her house screaming. We couldn’t really blame her, and she was more scared than angry haha. She did forgive us though, she actually came back to apologize for yelling like twice, she’s a super nice lady.

Ashrita: Filming in quarantine called for some creativity — we were trying to stay unexposed amongst ourselves just since we weren’t hanging out often, so that’s a big reason why everyone has their own room. Filming with the masks on and exuding that energy was a lot for the guys for sure, it was at least 100 degrees, sunny, and very humid (as Baltimore is) that day lol.

As a newer band during this crisis, how has it been reaching new fans & continuing to build your career without live events?

Paul: It’s been interesting because we’ve had to rethink the way we planned to release our material. After seeing the number of people who really took to liking it, we kind of took charge on a lot of different things. We created a more detailed plan on how/when to release things and started consistently engaging with new fans and friends through our band social media accounts. We went from just being friends who made music together to the beginnings of a small team that worked as a unit to not only share what we make, but to share our gratitude and love to the music scene that so warmly embraced us.

Given the title of your latest song: I’ve been thinking back on advice my therapist has given me over the years that I’ve passed along to friends. Has your therapist given you anything quotable that you think would benefit other people to hear it?

Ashrita: I really tried to think of something helpful, I did, but I honestly can’t remember. The most salient one is “think of your thoughts as clouds, and just let them pass.” If you can figure that one out please let me know haha.

Editor’s note: This is startlingly similar to advice my therapist gave me. I cannot for the life of me remember how she phrased it. Something about focusing in on negative thoughts and being like “hm that’s interesting” and then moving on. I’ll let you know if I figure out how to do it.

You’ve got two singles and a video out right now. What’s next for Pinkshift?

Ashrita: More music! We’re really excited to share what we have in the works, but definitely an EP in the near future. Perhaps some other stuff even sooner. 🙂