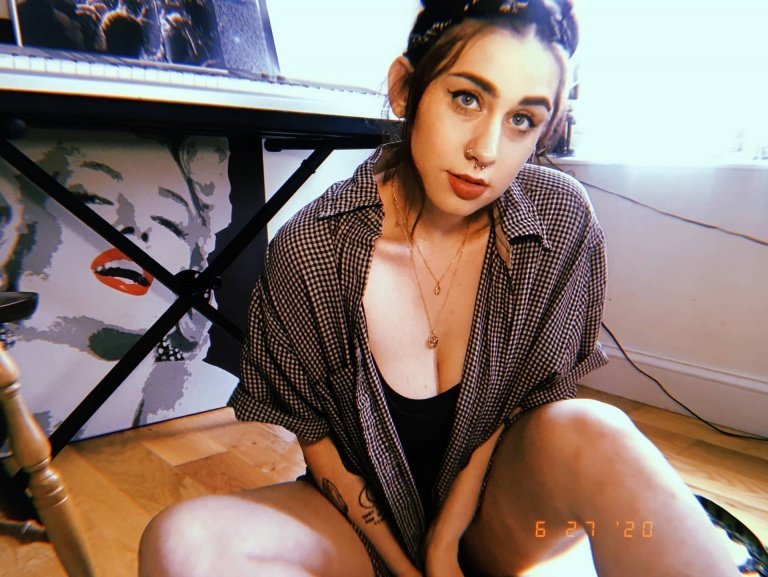 There’s an unknown space between when we start to crave independence and when we actually have to be independent. You don’t wake up at 21 with a system update that includes how to budget properly and how to effectively set boundaries & communicate (although… Elon Musk… if you wanna work on that…🤲). America Jayne gets to the heart of it on her new single “Survive“, premiering now on Soft Sound Press and available everywhere October 16th. Get your first listen below, and pre-save it here!

It’s interesting how even in her current pursuits as a alt-indie musician, America’s theatre roots are still visible. I could hear this song as a heart-wrenching ballad in the middle of an off Broadway musical. I’ve got it narrowed down to “the moment before the main character starts the climb to their happy ending” or “side character gets plot development to their own story”. But that learned ability to convey emotion through performance lends itself so nicely to the music.

The music itself is raw and emotive. It’s a little bit alt rock, a little pop, it could definitely be included on Avril Lavigne’s 2002 album Let Go. It feels like an honest glimpse into her life without being too glossy. You can also tell that America got her start in the NYC live music scene based off of how well it would translate to a stage. She had this to say about the track’s origins and how it came to be:

‘Survive’ was inspired by that ever-present “I don’t want to grow up” feeling every early twenty-something goes through. This song is about learning to walk without mom and dad holding your hand. When I first moved to New York, I tried my hand at every vice — boozing, smoking, sleeping around — in an attempt to avoid the inevitability of having to learn to take care of yourself on your own.