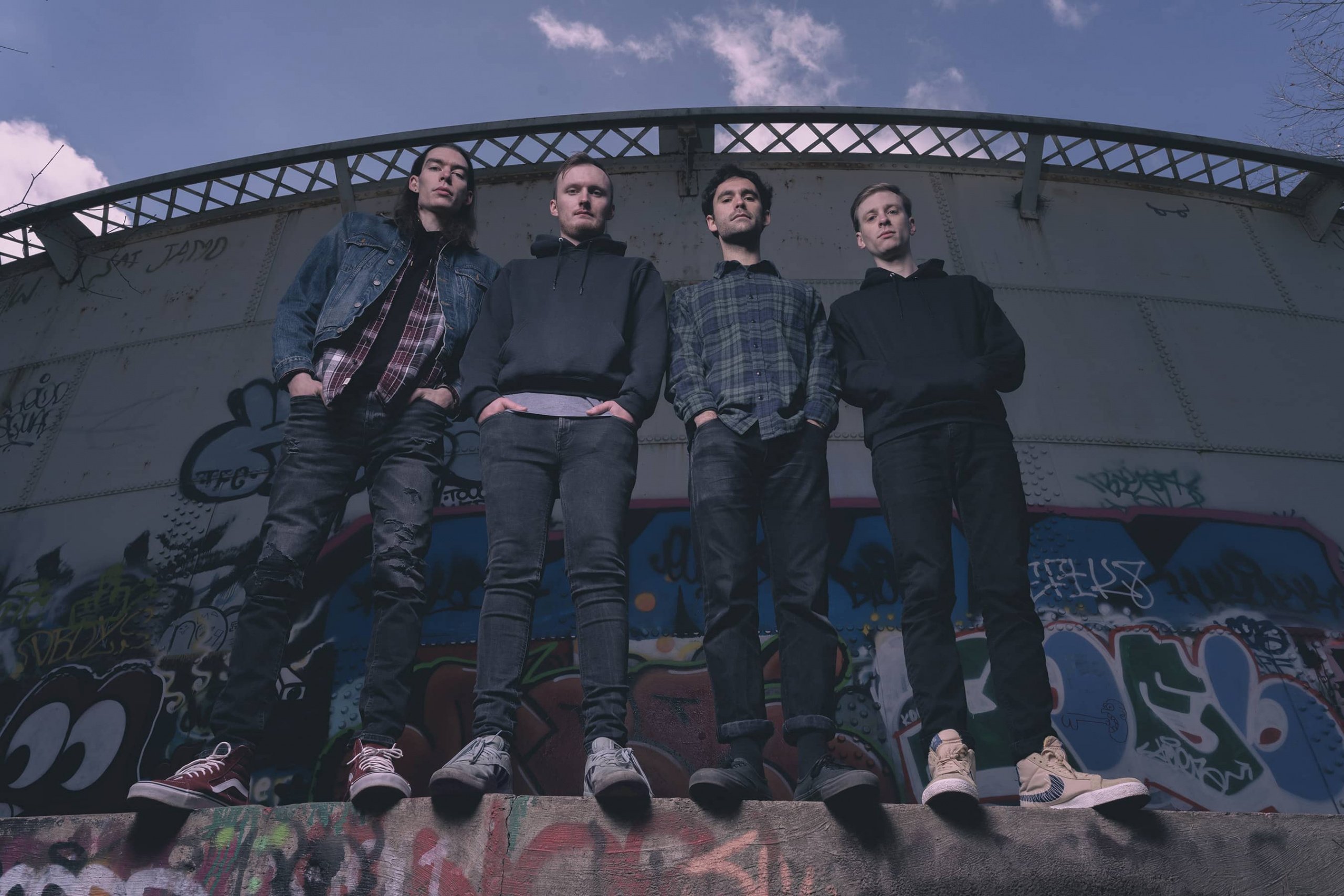 What’s better than new pop punk music? Exclusive pop punk music. Today, we have the honour of being the first to share the latest track from Maple Hill with you. “Fading” is officially out everywhere tomorrow via Common Ground Collective, but you can hear it first (and watch the video!) here on Soft Sound Press. Plus, we’ve got the inside scoop: their new EP, Parallel, is on the way too. It’ll be in your hands on March 5th.

“Fading” promises to loudly and proudly insert itself into not only Maple Hill’s discography, but the pop punk genre as a whole. This spirited single had me dancing during my first listen, only to realize the lyrics gave way to something deeper than simply the beat.

The track gives the listener no time to settle in — it instantly starts off with a fast paced guitar riff and racing drums that cause an instant rise in energy upon hearing it. A lone voice stands out when the singing begins, not so loud that it drowns out the guitars and drums but loud enough to not get lost in the resonant background music. The singing follows the drums so evenly that I was nodding my head in just the first few lines.

Somehow I felt more calmed down as the song progressed, settling into the chaotic nature I had dived into. The drums and guitars paused more in later verses, allowing for not only dramatic effect but a brief respite from the intensity without losing the will to dance.

Though a voice or two appear briefly in the background every once in a while, one strong voice carries the entirety of the song, not breaking even while moving from lower to higher notes. The electric guitar plays a simple melody through the song, acting almost as a duet. The feeling of both instruments and voices as the melody provides a cure, sort of, for the loneliness of singing all by oneself.

The lyrics are well thought out and remind me of heartbreak, though the angry kind and not the cry-in-your-bedroom-for-an-hour kind. I very much enjoyed my many listens to this track, and I believe it guarantees a lot of talent will be found on their Parallel EP.

Premiere: Amnita welcome us into their ambient universe with “Break You”

Watch the video for “Fading”:

Parallel is out March 5th via Common Ground Collective. Pre-save it here.