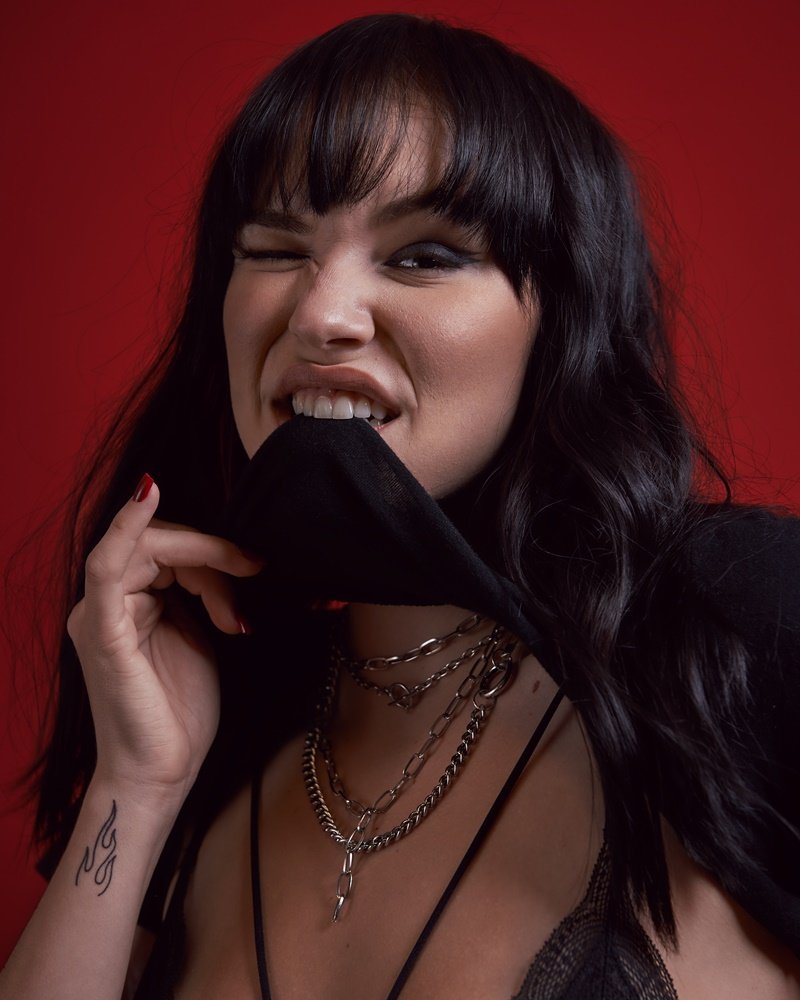 we just came here to the blog for the UPSAHL “Drugs” remix ft. Blackbear

Listen, here’s a fun fact about me; as much as I hate to admit it, I’m pretty basic. As much as I want to think that I’m this rebel without a cause that’s super eclectic and has off the wall interests, I’m pretty damn traditional. But honestly, I’ve come to terms with it because being basic isn’t always a bad thing. For example, had I not been a basic human living in the chaos that was 2020, I wouldn’t be inherently addicted to TikTok… and had I not had this basic addiction, I most likely wouldn’t have been introduced to UPSAHL through her track, “Drugs“.

This track has been on repeat and added to several of my playlists over the last few months, after I discovered it while aimlessly scrolling through my for you page. When I saw she was releasing a remix featuring blackbear, I was too excited to see the flair he could add to this already catchy pop anthem and it did not disappoint!

The thing I love most about this song is how it can be open for interpretation for the listener. If you want to sit and look at it as a basic party song about having a good time and showing up with no other intention then to have a good time and forget your problems, you can. Or, if you’re like me, you can interpret it as a song about taking care of yourself first and leaving anyone behind that stands in your way or doesn’t support that. The drugs don’t have to be drugs, they can represent aspirations that you’re after. And the boring partygoers you’re not there to talk to can represent the people and things that are getting in the way of those goals you’ve set for yourself.

I think that adding blackbear’s verse to the track did wonders for its catchiness and gives it a bit more flair that will make it appeal to the masses. They way that UPSAHL and blackbear’s voices sound together is so smooth, and the contrast between them gives this remix a bit more depth than the original release. I also love the fun little ending they added together at the end of the track as a fadeout — I’m a sucker for weird anecdotes being thrown into songs as it makes them more personal.

Overall, there’s no doubt that this song is a straight banger. I’ve listened to it more times than I’d like to admit. Honestly, I think I played it on repeat about 10 times on my drive home from work the other night. Whichever way you choose to interpret this as a listener, you will undoubtedly agree that this track is on its way to becoming a massive hit.